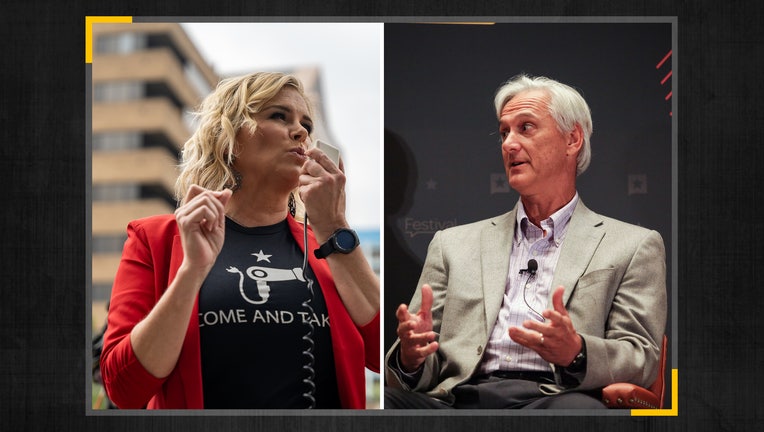 The conservative megadonor Tim Dunn is backing Shelley Luther in her Texas Senate bid with a $1 million loan, a large amount for such a race.

Luther, the Dallas salon owner who was jailed earlier this year over her refusal to close her business due to coronavirus restrictions, is in a six-way special election Sept. 29 to succeed Sen. Pat Fallon, R-Prosper, as he prepares to join Congress. The seat is solidly red.

Luther's campaign confirmed the $1 million loan Friday evening, three days before a campaign finance deadline in the race. The loan was first reported by the news website The Texan.

In a statement explaining his support for Luther, Dunn praised her for standing up to what he described as bipartisan government overreach in the fight against the pandemic. He said he loaned her $1 million because the "Austin Swamp has tilted the playing field to negate Shelley’s grassroots advantage," referring to the sped-up timeline that Gov. Greg Abbott ordered to fill Fallon's seat.

Luther's closest Republican competition is state Rep. Drew Springer of Muenster. He responded to the news of the loan by citing several groups that have endorsed him, including the Texas Farm Bureau and National Rifle Association, and saying they "know how bad an [Empower Texans] bought & paid for Senator would be for Texas." Empower Texans is the hard-right group that Dunn has bankrolled over the years.

Texas Farm Bureau has been a financial supporter of The Texas Tribune, a nonprofit, nonpartisan news organization that is funded in part by donations from members, foundations and corporate sponsors. Financial supporters play no role in the Tribune's journalism. Find a complete list of them here.

"Conservative megadonor backs Shelley Luther for Texas Senate with $1 million loan" was first published at https://www.texastribune.org/2020/09/18/texas-senate-shelley-luther-tim-dunn/ by The Texas Tribune. The Texas Tribune is proud to celebrate 10 years of exceptional journalism for an exceptional state.