Concerns raised over Gov. Abbott’s plan to use firefighters for COVID-19 testing at nursing homes

The Dallas Fire Association president says the announcement raises a lot of questions, including the question of if this is putting first responders at risk unnecessarily.

But the Dallas Fire Association president says the announcement raises a lot of questions, including the question of if this is putting first responders at risk unnecessarily.

It is part of the job for first responders to be there for COVID-19 patients who need to go to the hospital. However, Dallas Fire Association President Jim McDade says using firefighters to provide COVID-19 tests seems like a poor use of valuable resources, especially when it seems like medical staff already on site at nursing homes could administer the tests themselves.

Gov. Greg Abbott on Monday directed all staff and residents at licensed Texas nursing homes be tested for COVID-19. On Friday, he announced that would be accomplished, in part, with the help of fire departments.

That raised questions for McDade.

“To take and use us in this capacity to go test nursing homes when these are private businesses, and they should be responsible for doing it themselves,” he said. 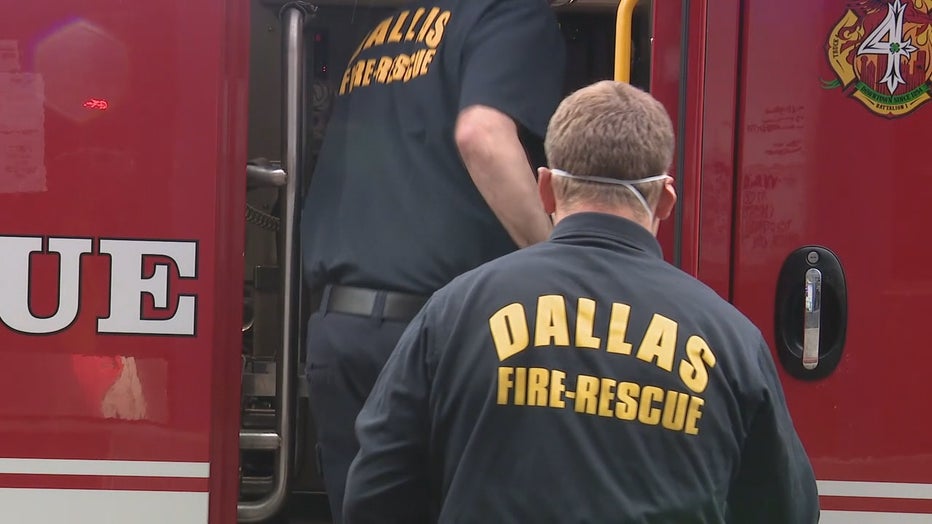 There are 1,224 licensed care facilities in Texas, and the personnel who conduct the tests might vary be region. It could be the local health department, fire department or a state-directed emergency task force or mobile testing team operated by the Texas army.

It is the risk to those local resources that concerns McDade.

“Most nursing homes have some sort of nursing staff doctors and even paramedics on duty,” McDade said. “So why can’t they use their own personnel for this and why we're volunteering our fire departments to do it just doesn't really make much sense.”

The state says the costs of the tests will be covered by various sources and more information about how to seek reimbursement will be released later.

“We've already heard about the budget problems that the city of Dallas faces,” McDade said. “And the state now is mandating us to pay overtime or pay our on-duty guys to go do testing for private companies. I'd like to know who's going to reimburse.”

There are expenses beyond the testing itself. The state says fire departments are responsible for bringing their on PPE.

A spokeswoman for the city said the director of emergency management and the fire chief are still working through the logistics of implementing the plan and will know more next week.