Complaints against Dallas police officers on the rise

Complaints against the Dallas Police Department are going up.

DALLAS - Complaints against the Dallas Police Department are going up.

The newly-formed community police oversight board noticed a sharp increase last year, but it believes it may be due to increased awareness.

There was a very civil and organized meeting Tuesday night, which was a drastic improvement from the chaos that broke out at the first meeting in October.

The city announced it has hired its first-ever police monitor who will lead investigations into external complaints against officers.

Tonya McClary is a lawyer and pastor. She currently investigates uses of force in a police monitor role for the city of New Orleans. She starts next month.

Another piece of news came from the commander of internal affairs for Dallas PD who told the board that complaints against officers increased by 30 percent last year. 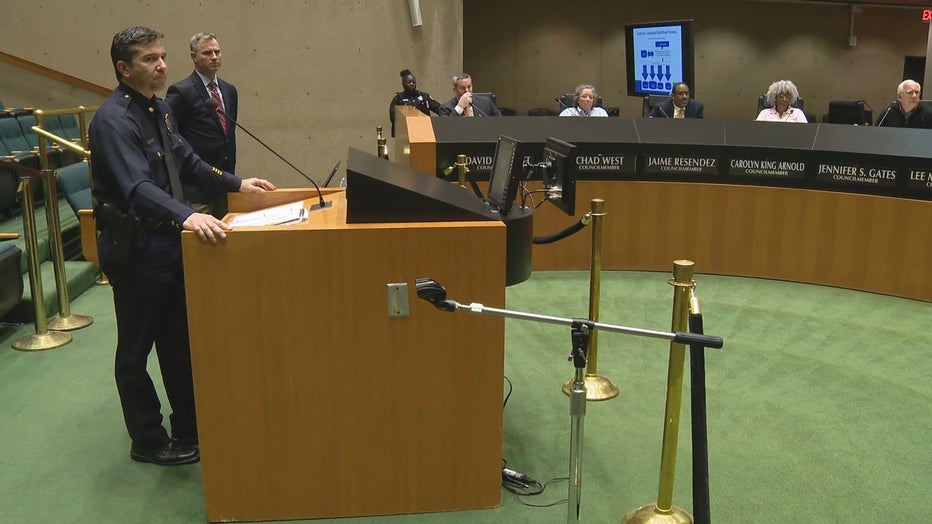 Police attribute the increase to more awareness about the complaint process, and more and more of those complaints are now being filed with the board.

Complaints made from November to December doubled. There are currently 78 complaints filed.

Jesuorobo Enobakhare Jr is the chairman of the board. He also believes it’s because of more awareness.

“Creating a form, creating additional access to that form, putting it in recreation centers, libraries, giving the public more access to provide feedback is of course going to provide an opportunity for an increase in complaints over the previous year,” he said.

Another thing discussed is that not all Dallas police officers have and wear body cameras. Only about 80 percent of officers have them. The department is working to equip all officers with cameras. They are required to start recording when they interact with the public.

The new police monitor will make her debut at the meeting next month.