Community comes together to remember beloved Plano woman who was murdered

PLANO, Texas - On Saturday, a local community came together to remember a Plano mother who was murdered during a morning jog last weekend.

They honored 43-year-old Sarmistha Sen with a memorial run/walk on the same trail she frequented.

At daybreak, hundreds gathered at a park where they walked and ran in honor of Sen. 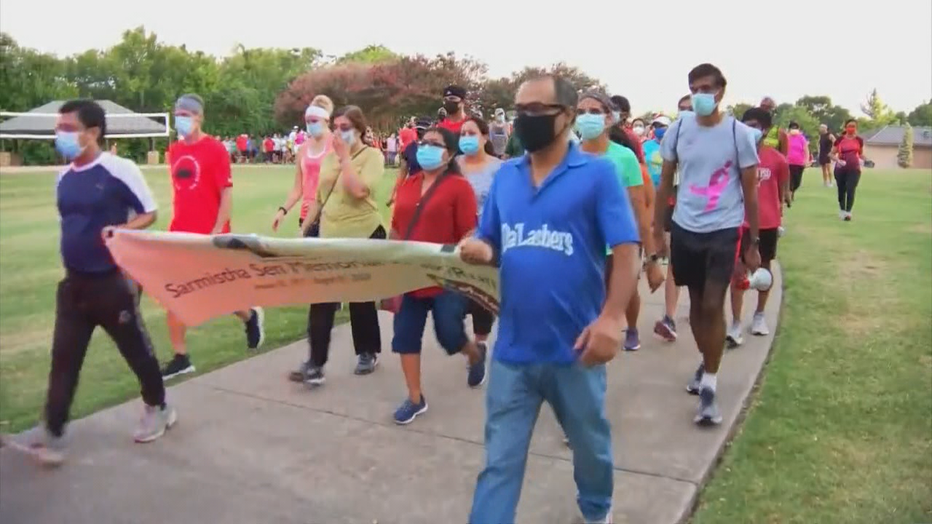 They followed the path of the Chisholm Trail. It was the same path she was running when a passersby discovered her body near the creek.

A police investigation netted the arrest of 29-year-old Bakari Moncrief the same day for a burglary that happened in the area.

He is a person of interest in Sen’s death and remains in jail on an unusually high $1 million bond, but he is not charged in Sen's murder.

The focus during Saturday’s event was not on the case, but it was on remembering Sen and coming together as a community.

“She did leave an imprint behind and that is why we are all here today to remember her,” Sen’s friend, Paramita Banerjee, said.

“I think it has shaken up the whole community because, as you see, this is a very common space and it’s very well open, the trail is open to a lot of people,” Deepa Vijayakumar added.

There was also a large number of people who showed up to pay respects for Sen and her family at a public visitation Saturday afternoon.