E. Jean Carroll's lawsuit, which was filed Monday in New York, says Trump defamed her by calling her a liar whom he had never even met.

NEW YORK (AP) - An advice columnist who has accused President Donald Trump of raping her in a New York City department store dressing room in the 1990s sued him Monday, saying he defamed her by calling her a liar whom he had never even met.

E. Jean Carroll's lawsuit, filed Monday in New York, says Trump "smeared her integrity, honesty and dignity — all in the national press" when he responded to her allegations, first broached in a New York magazine article this past June.

"Nobody is entitled to conceal acts of sexual assault behind a wall of defamatory falsehoods and deflections," Carroll's lawyer Roberta Kaplan wrote in the suit.

A message requesting comment was sent to a law firm that has represented Trump in other cases.

Carroll, a longtime advice columnist for Elle magazine, is among over a dozen women who have accused Trump of sexual misconduct or sexual assault, or both, predating his presidency.

She isn't the only one to sue over his denials. One such case, filed by Summer Zervos, a onetime contestant on his former reality show, "The Apprentice," is ongoing in the same Manhattan courthouse where Carroll has filed her claim. In Zervos' case, Trump's lawyers have said his statements weren't defamatory, and they have tried unsuccessfully so far to get the suit dismissed or at least delayed until he is no longer in office. 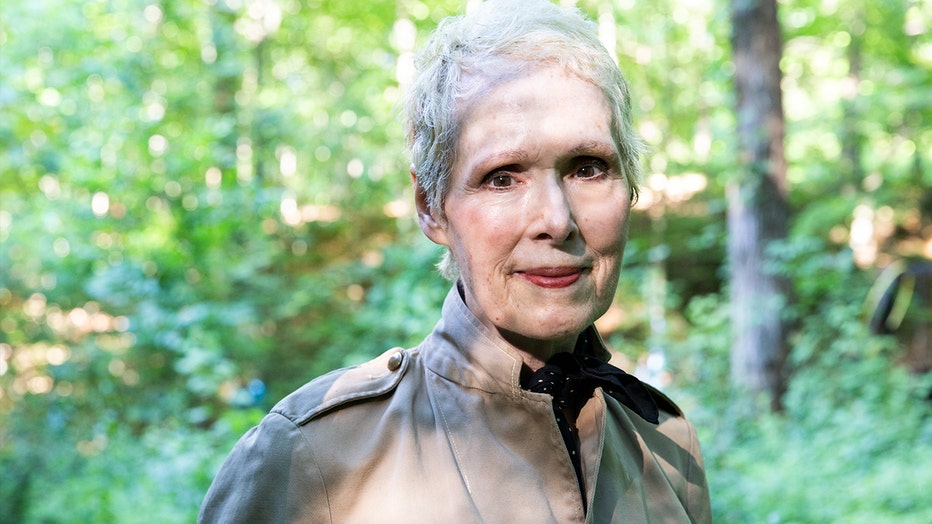 WARWICK, NEW YORK - JUNE 21, 2019: E. Jean Carroll at her home in Warwick, NY. Carroll claims that Donald Trump sexually assaulted her in a dressing room at a Manhattan department store in the mid-1990s. Trump denies knowing Carroll. (Eva Deitch for The Washington Post via Getty Images)

Carroll says she bumped into the then-real estate developer in the high-end store Bergdorf Goodman in 1995 or 1996, and he asked her to help him pick out a gift for "a girl" and eventually suggested lingerie. He suggested Carroll try on a see-through bodysuit, she said, and after a joking exchange, they went into a dressing room.

She says Trump then pushed her against a wall, pulled down her tights and raped her as she struggled, eventually broke free and fled.

Carroll said there were no attendants in the dressing room area. She didn't file a police report but said she did tell two journalist friends. Both have corroborated that they were told.

Trump said in June that Carroll was "totally lying," termed the accusation "fake news" and called her "not my type."

He also said he'd never met her, though a 1987 photo shows him and Carroll in a photo with their spouses at the time.

"Give me a break," Trump said of the photo, noting it shows his back to the camera.