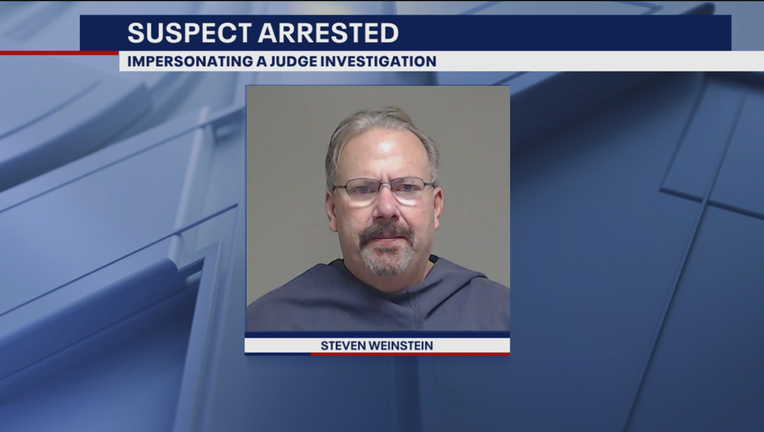 McKINNEY, Texas - A Collin County attorney is accused of impersonating a judge to extort money.

Steven Weinstein was arrested last Monday after the Collin County Sheriff's office learned about the allegations.

The sheriff says Weinstein was sending text messages to a victim and pretending to be a district judge.

"In three communications he did represent himself as a state district court judge and alluded to ramifications if the individual did not send money," said Sheriff Jim Skinner. "We found illicit narcotics, we found a large amount of controlled substances… we found hundreds of thousands of dollars in cash and cryptocurrency, we found counterfeit FBI credentials, FBI badges, FBI apparel."

Weinstein, who ran for a state district judge position in Denton County in 2016, has bonded out of jail on the impersonating charge.