City leaders encouraged masks at the Stars and Guitars Festival, but they stood by their decision announced Thursday that they will not enforce the order.

COLLEYVILLE, Texas - When the Tarrant County's mask mandate took effect Friday, the order was not enforced at an event that attracted hundreds in Colleyville.

City leaders encouraged masks at the Stars and Guitars Festival, but they stood by their decision announced Thursday that they will not enforce the order.

Colleyville Mayor Richard Newton is wearing a mask to the city’s Stars and Guitars event just one day after he announced Colleyville would not enforce Tarrant County’s face covering order that’s now in effect. 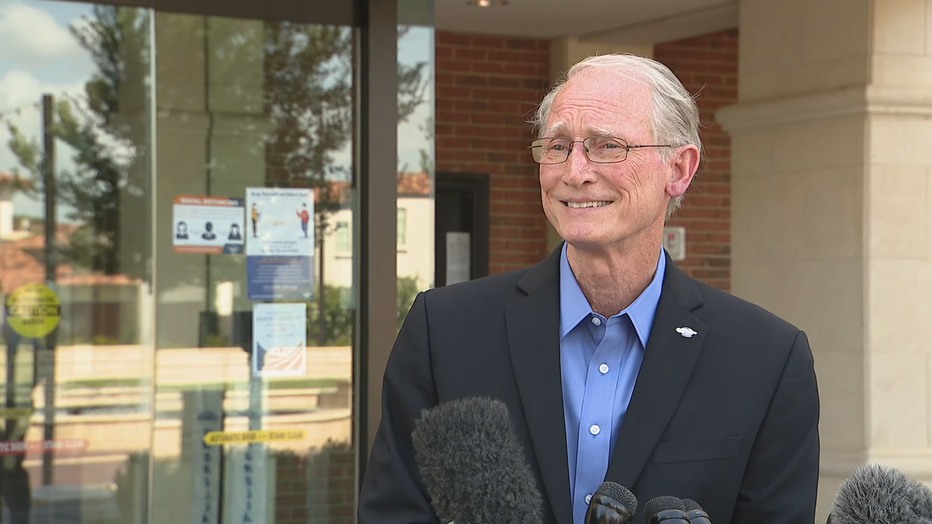 The order mandates people wear masks while inside businesses or at gatherings of 100 people or more, like the one in Colleyville.

“We’re not anti-mask. I mean we provide masks to everybody,” the mayor said.

Newton says his problem is that Tarrant County isn’t enforcing its own order. Instead, the county is asking municipalities to develop their own enforcement policies.

“We don’t want our police department in a situation where they’re being asked to do something they can’t do, and then they’re blamed on not doing their job,” the mayor said.

Tarrant County Judge Glen Whitley called the mayor’s decision disappointing and is calling on businesses in Colleyville to adopt their own face-covering policies.

The Parkland Health board of managers says wearing a mask is not a political statement and following social distancing guidelines is not a partisan issue.

Colleyville’s mayor says he welcomes the county to enforce the order since it’s their own. But, again, he says Colleyville will take no part in the enforcement.

It is worth pointing out that Newton said they would comply if the governor made a statewide order.