The College Football Playoff would expand from four to 12 teams under a proposal that will be considered next week by the league commissioners who manage the postseason system.

The College Football Playoff would expand from four to 12 teams under a proposal that will be considered next week by the league commissioners who manage the postseason system.

This expansion could mean yearly playoff games in North Texas.

A preliminary decision will be made in Dallas later this month.

Now there’s a proposal to expand it to 12 teams to determine a national champion.

In a conference call Thursday, the working group talked about the plan they've been exploring in private for two years.

"This proposal, at its heart, was created to provide more participation for more players and more schools," said Bill Hancock, executive director for the College Football Playoff.

The proposal calls for the format to include the six highest-ranked conference champions and the six remaining highest-ranked teams determined by the College Football Playoff selection committee.

No conference would qualify automatically, and there would be no limit on the number of teams from one conference. 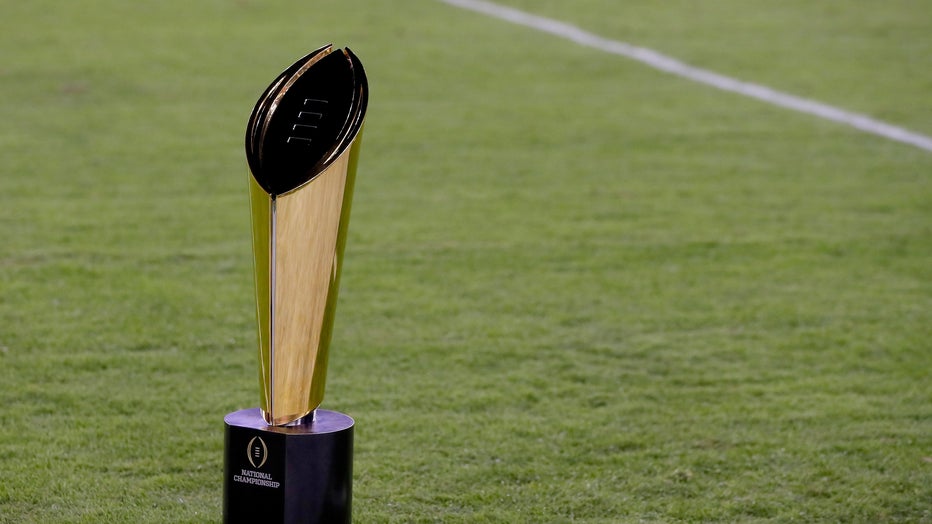 Implementation, if passed, would be at least a couple of seasons away.

"If you are SMU, if you are Houston, that is very exciting," said Shehan Jeyarajah, with Dave Campbell's Texas Football.

The expansion could open the door for more Texas schools, like SMU.

The commissioner of the American Athletic Conference tweeted that under this plan, "we would have made the playoff in five of the seven years."

"This is the first moment really in the history of college football that we know one of these non-power conferences has a shot to win the national title," Jeyarajah added. "This does not mean you are going to better than Alabama tomorrow. That’s not the point, but if you have a UCF-type season, an SMU 11-win season, you do have a shot."

The expansion could also provide a bigger spotlight for the Dallas-Fort Worth Metroplex.

"Ensuring that we are hosting a semifinal or quarterfinal every year, that would be a big win," said Monica Paul, executive director for the Dallas Sports Commission.

AT&T Stadium and the Goodyear Cotton Bowl Classic is in the yearly rotation to host a playoff game.

The last time that happened was in 2015.

"That was over $200 million in economic impact for our area," she added.

Arlington is already scheduled to host a playoff game in December.

The final decision on expanding the playoffs won’t be made until September.