There are a number of football players from North Texas at Big Ten and Pac-12 schools who are feeling the pain and direct impact of the decisions and so are their families.

There are a number of football players from North Texas at Big Ten and Pac-12 schools who are feeling the pain and direct impact of the decisions and so are their families.

Dozens of Texas natives are on Pac-12 and Big Ten teams. Many are saying they are disappointed that their season was canceled due to the coronavirus.

A onetime Texas 6A Player of the Year, Jaxon Smith-Njigba was ready to put on the scarlet and grey for Ohio State University this fall.

The speculation became official Tuesday when the Big Ten and the Pac-12 announced there would not be college football this fall, citing coronavirus concerns. Both conferences are aiming for the spring but offer no guarantees. 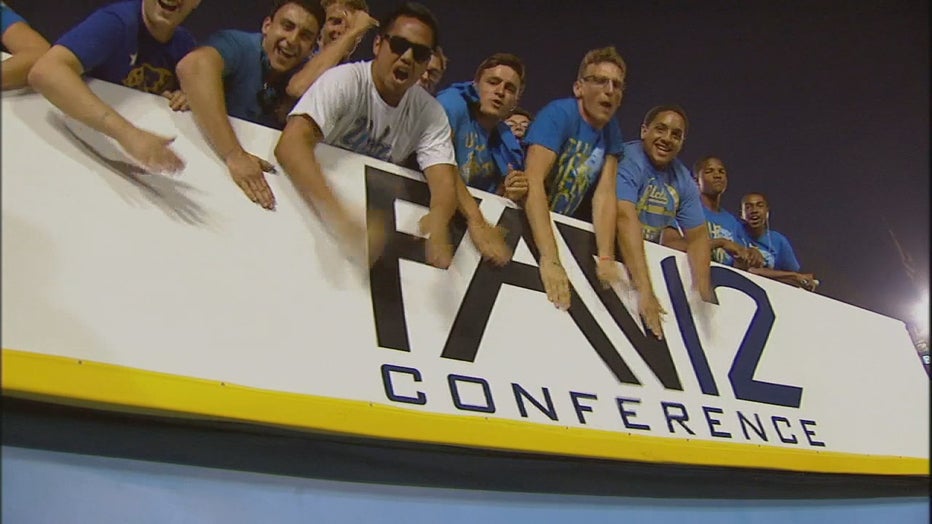 Jaxon played for Rockwall High School His father, Maada Smith-Njigba, said his son was unavailable for an interview but shared what he said to Jaxon following the announcement.

“This is saddening. This hurts. But there's a lot of things that are bad out there. World hunger, people that are dying,” Maada said. “You are healthy. You are able. You are ready. God has blessed you. So just take this as another hurdle and keep your head straight and your eyes focused.”

Other North Texas natives reacted to the news on Twitter.

Verone McKinley III went to Hebron and is a sophomore at Oregon. He tweeted "2020 has just been insane."

Darius Snow also went to Hebron and plays for Michigan State. He tweeted "living in Spain, but the s is silent."

“If you look at the numbers and what the CDC has said. For a young person, it would be hard, yea, sure. Some would catch the disease, but I don't think it would be a death sentence for them,” he said. “Quarantine them. Go through the protocols and get back.”

Some coaches in the Big Ten have said they would explore playing teams outside the conference. Maada says he supports that.

Some major college football conferences will not play football this fall while others are pushing forward with plans to play. FOX 4's Mike Doocy joins Good Day to talk about the latest.