A lack of heat at some schools means they are closed on Friday. Plus, some soccer players and their parents are braving the cold. Their tournament continues with with some adjustments because of the weather.

Two Garland ISD schools are closed because they don’t have heat. The district blames a mechanical failure with the heating systems at Luna and Keeley Elementary schools.

Those heaters are being fixed and the schools will reopen on Monday, Garland ISD said. 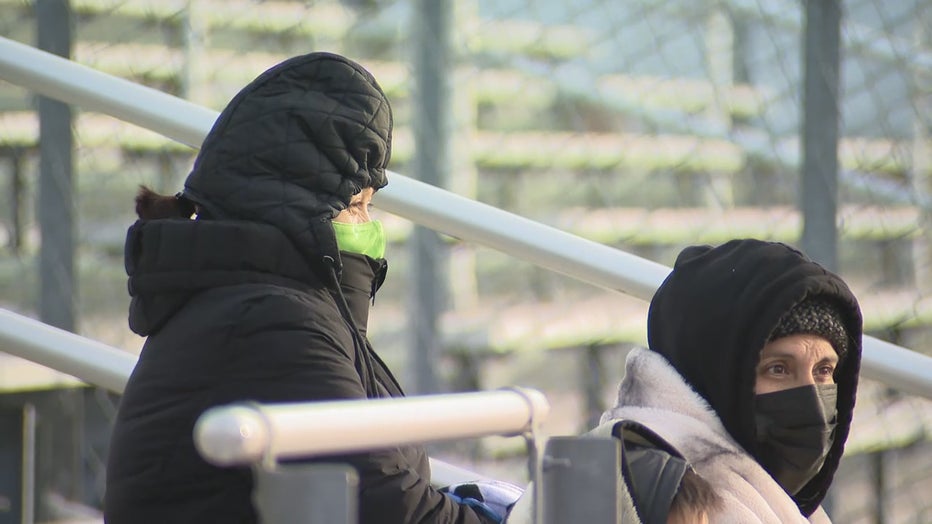 While those students stay warm at home, in another district student athletes will be out in the cold.

The Johnson County Soccer Showcase kicked off Thursday at Cleburne High School with some schedule adjustments.

The tournament was scheduled to start in the morning, but matches were delayed until noon because of the cold weather. Late games were also moved up to avoid playing later at night.

Families said they came prepared to cheer on the players and that dealing with the weather is just part of the sport.

"Just the heart racing, excited for the game. Gets your blood pumping," said Susan Reynolds, whose son is on the soccer team.

FOX 4 Weather meteorologist Kylie Caps gives an update on the forecast for Dallas-Fort Worth. It's going to warm up a big for the weekend before another cold front arrives next week.

Robert Mauer, another soccer parents, said he thinks the players on the field are fine in the cold.

"They get used to it. But they're out there running so even in this weather, my son will come off the field sweating," he said. "I’ve got a thermal long sleeve. I’ve got a hoodie over that and I’ve got a pilot’s jacket over that. A cap, a hoodie cap… I’m comfortable."

Officials also shortened Thursday’s matches because of the cold.

There are more games scheduled Friday.