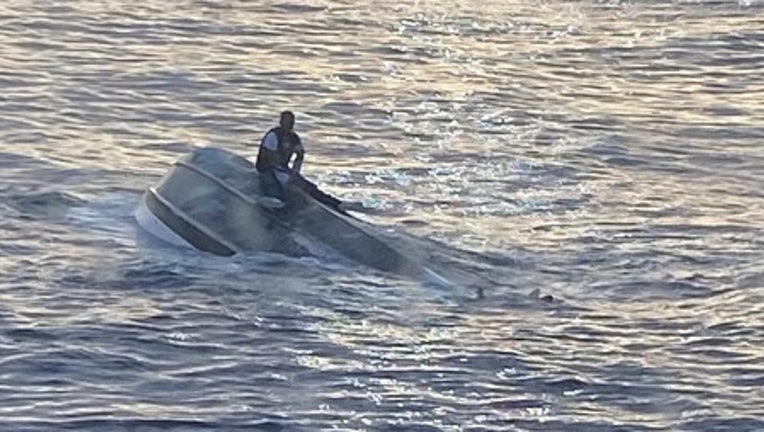 FORT PIERCE, Fla. - The U.S. Coast Guard says rescue crews are searching for survivors after a suspected human smuggling vessel reportedly capsized off the east coast of Florida over the weekend.

A good Samaritan contacted the Coast Guard around 8 a.m. Tuesday after rescuing a man clinging to a capsized boat about 45 miles east of the Fort Pierce inlet.

The survivor said he and 39 others left Bimini, Bahamas on Saturday night, but their boat capsized after encountering severe weather.

The Coast Guard said according to the survivor, no one was wearing a life jacket.

Investigators say this is a "suspected human smuggling venture."

Rescue crews are actively searching for people in the water using multiple cutters and aircraft, looking in a roughly 135-mile area extending from Bimini to the Fort Pierce Inlet.

The agency patrols the waters around Haiti, the Dominican Republic, Cuba and the Bahamas, along routes often used by migrants trying to reach the U.S. The agency stops and repatriates foreigners found navigating in U.S. waters.

"Navigating the Florida straits, Windward and Mona Passages ... is extremely dangerous and can result in loss of life," the Coast Guard said in a statement last weekend.

Last July, the Coast Guard rescued 13 people after their boat capsized off of Key West as Tropical Storm Elsa approached.

The survivors said they had left Cuba with 22 people aboard. Nine went missing in the water.