One of the toughest anti-abortion laws in the country is supposed to take effect tomorrow in Texas. It will also bring the issue to the U.S. Supreme Court. Constitutional law attorney David Coale joined Good Day to talk about the new law and the legal battle.

WASHINGTON - Abortion providers in Texas are asking the Supreme Court to prevent enforcement of a state law that would allow private citizens to sue anyone for helping a woman get an abortion after about six weeks of pregnancy.

The request to the court comes after a panel of appellate judges refused to block enforcement of the law before it takes effect on Wednesday.

If it goes into effect, the law would rule out 85% of abortions in Texas and force many clinics to close, the providers and abortion rights advocates supporting them said in an emergency filing with the high court on Monday. For now, Planned Parenthood clinics in Texas have stopped scheduling abortions beyond six weeks from conception, spokeswoman Sarah Wheat said.

"Due to the new law, our health centers are not able to provide abortions to patients after tomorrow unless they meet these extreme new restrictions," she said.

At least 12 other states have enacted bans on abortion early in pregnancy, but all have been blocked from going into effect.

RELATED: Supreme Court agrees to hear Mississippi's abortion ban in case that could lead to rollback of rights 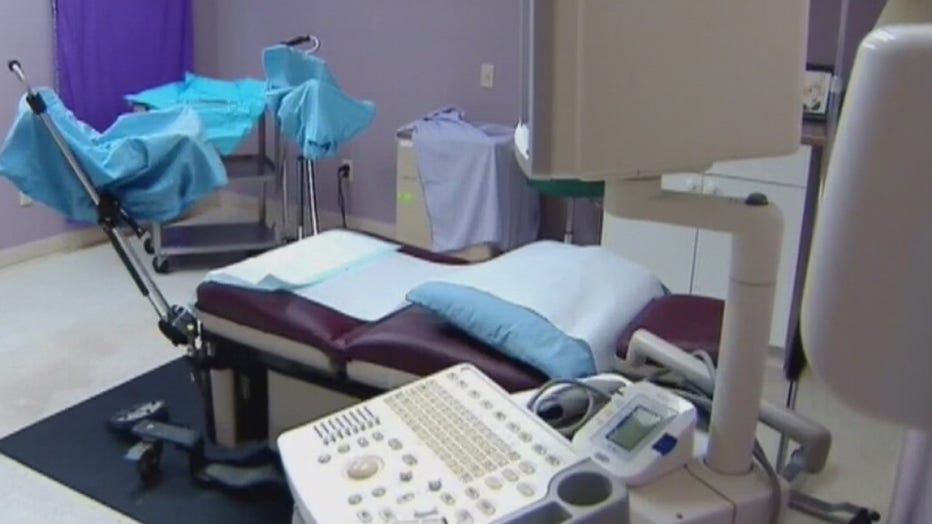 The Texas law, signed by Gov. Greg Abbott in May, would ban abortion in the nation’s second-biggest state after a fetal heartbeat is detected, which can be as early as six weeks of pregnancy and is before many women even know they are pregnant.

Instead of setting criminal penalties, as other abortion restrictions do, it asks private citizens to enforce the ban by suing doctors or anyone who helps a woman get an abortion. Among other situations, that would include anyone who drives a woman to a clinic to get an abortion. Under the law, anyone who successfully sues another person would be entitled to at least $10,000.

The enforcement scheme makes it difficult to challenge in court because it is harder to know whom to sue. In other states, six-week abortion bans would be enforced by government officials, allowing plaintiffs to sue state officials responsible for enforcing the law.

The law squarely conflicts with nearly 50 years of Supreme Court decisions in favor of abortion rights dating back to the Roe v. Wade decision in 1973, the providers argued in their high court filing.

Those rulings generally prohibit states from regulating abortions before the fetus can survive outside the womb, typically around 24 weeks of pregnancy. The justices are scheduled to hear a major abortion case in their upcoming term that could cut back on or even overturn the Roe decision. But a decision in a case over Mississippi's 15-week abortion ban is not expected before the late spring.

"In less than two days, Texas politicians will have effectively overturned Roe v. Wade. We have filed an emergency motion in the Supreme Court to block this law before clinics are forced to turn patients away," Nancy Northup, president and CEO of the Center for Reproductive Rights, said in a statement.

Kimberlyn Schwartz, a spokeswoman for Texas Right to Life, said the court should allow the law to take effect. "It is not surprising that the abortion industry is using their last, desperate option to try to block the Texas Heartbeat Act from taking effect on Wednesday," Schwartz said.

The issue at this point in the Texas case is whether federal courts will keep the law on hold while the legal fight continues. No court has yet ruled on the validity of the law.

The providers filed their emergency appeal with Justice Samuel Alito, who oversees such matters from the three states in the 5th U.S. Circuit Court of Appeals, Texas, Mississippi and Louisiana. Alito can act on his own or get the full court involved.

Abortion is the latest big issue to come before the justices in an abbreviated way. Last week, the court divided along ideological lines with conservatives in the majority to force the Biden administration to reinstate Trump-era restrictions on asylum seekers and end a temporary ban on evictions for people behind on their rent because of the coronavirus pandemic.

The practical effects of allowing the abortion law to go into force would be enormous, abortion rights advocates said.

If legal abortion care in Texas shuts down, many women would feel compelled to travel long distances to clinics in such states as Oklahoma, Kansas and New Mexico, advocates said. The average one-way driving distance to an abortion clinic for Texas residents would increase from 12 miles to 248 miles.

Abortion providers in nearby states already experienced a surge of Texas patients in the COVID-19 pandemic last year after Texas officials banned abortions on grounds they were nonessential.

Texas has long had some of the nation’s toughest abortion restrictions, including a sweeping law passed in 2013 that the Supreme Court eventually struck down but not before more than half of the state’s 40-plus abortion clinics closed.

Lawmakers also are moving forward in an ongoing special session in Texas with proposed new restrictions on medication abortion, a method using pills which accounts for roughly 40% of abortions in the U.S.

Yet anti-abortion groups remain frustrated by what they say is the unwillingness of some prosecutors to file criminal charges against doctors who violate state abortion laws.

The turn to civil liability has allowed Texas Right to Life to set up a website where people can leave tips alleging violations of the new Texas law.