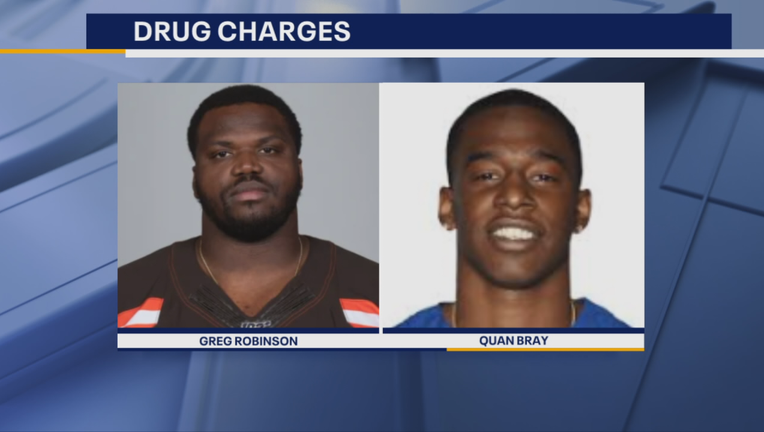 An NFL player is in a west Texas jail accused of possessing a lot of drugs.

His former Auburn teammate Quan Bray, a receiver in the Canadian Football League, was also arrested.

The two were reportedly headed from Los Angeles to Louisiana.

The 27-year-old Robinson has played six seasons in the NFL.

He will be a free agent next month.