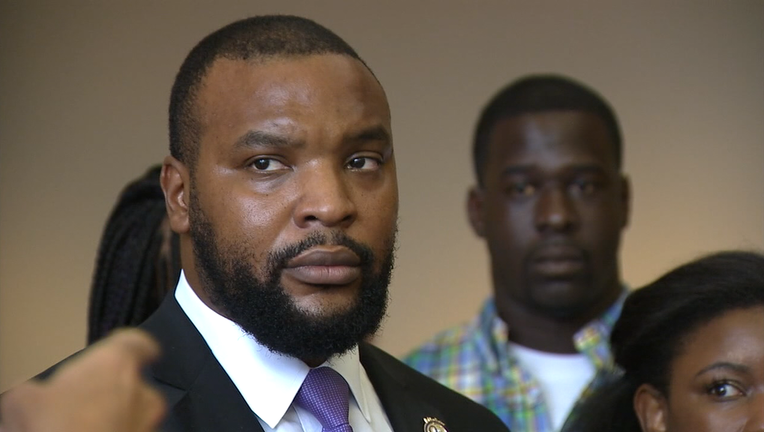 Merritt launched his campaign Tuesday morning with an emphasis on the voting rights battle that prompted state House Democrats to flee the state Monday.

"Texas Republicans have launched an all-out assault on voter rights and civil liberties," Merritt said in a statement, adding that incumbent Attorney General Ken Paxton and other GOP leaders are "blatantly attempting to turn back progress in the Lone Star State using the familiar tactics of voter suppression, divisive rhetoric and corporate money."

"This campaign is a response from the people of Texas," Merritt said.

Merritt said in March that he would run for attorney general but would make a formal announcement at a later date.

Merritt, who lives in the Dallas area, is nationally recognized for his representation of families of Black people killed by police, including serving as co-counsel for George Floyd’s family. Among the Texans he has advocated for are Botham Jean, the Dallas man shot dead by off-duty Dallas officer Amber Guyger in his apartment in 2018.

Merritt joins Joe Jaworski, a Galveston lawyer and former mayor of the city, in the Democratic primary against Paxton. The incumbent has his own competitive primary, featuring challenges from Land Commissioner George P. Bush and Eva Guzman, a former justice on the Texas Supreme Court.

Paxton’s race has drawn early and intense attention in part due to his legal troubles. He has been under securities fraud indictment since his first months in office in 2015 and more recently, under FBI investigation over claims he abused his office to help a wealthy donor. He has denied wrongdoing in both cases.

Merritt brought up Paxton's legal woes in his a video launching his campaign, which also said Paxton has "betrayed his oath" and "pledged his allegiance to Donald Trump." Paxton has aligned himself closely with the former president, who has teased an endorsement in the Republican primary.

"That's the only person [Paxton]'s picking up the phone for," Merritt said, "not the people of Texas."

Upon announcing his campaign, Merritt was endorsed by Real Justice PAC, a national group that mainly works to elect progressive prosecutors at the local level.