The city of Dallas announced it is furloughing nearly&nbsp;500 of its employees as part of phase one of cuts to offset a $25 million budget shortfall.

DALLAS - The city of Dallas announced it is furloughing nearly 500 of its employees as part of phase one of cuts to offset a $25 million budget shortfall.

Workers in 10 different departments got a notification about their job on Friday. Many of them have not been working since March 25 because they work in areas such as the library.

"The city manager notified the City Council of his decision on the furloughs this morning. Although I knew such measures were likely, my heart continues to break at the news of more economic pain for people in our city. Further difficulties may still be ahead as we face historic budget shortfalls caused by COVID-19. But I want to assure City of Dallas employees and the people of Dallas that I will continue to advocate for equity and fairness as we seek federal assistance and work to reduce our expenses while maintaining as many key services as possible," Dallas Mayor Eric Johnson said in a statement.

A spokeswoman for the city said essential services to residents will not be impacted.

An even larger budget problem is expected in the coming months, and that means there could be even more cuts coming.

The city of Dallas is losing more money during this pandemic than it did during the entirety of the great recession more than 10 years ago.

Something has to be done to make up for those losses, and furloughs are the first step.

There are 472 Dallas city workers who are being furloughed in an effort to save $4 million.

A mere fraction of the $25 million sales tax shortfall that will have to be made up because of the pandemic. 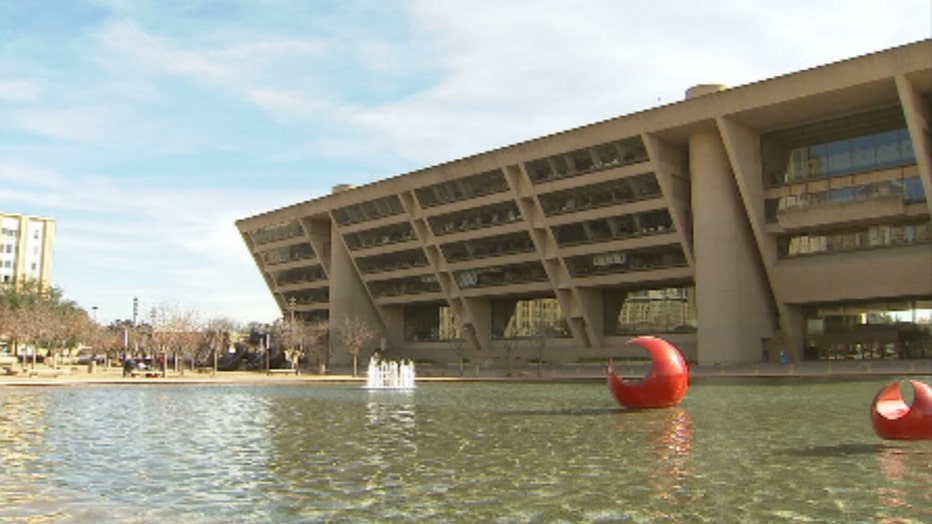 Mendelsohn explained why most of these furloughs are workers at city libraries.

“At this point, we don’t have a plan for reopening libraries, and that’s why people are being furloughed,” she explained.

There are also workers with the Parks Department and Arts and Culture, many of whom haven’t been working.

“Many of them are part time, after school coordinators and staff, and those programs aren’t happening,” Mendelsohn said.

As of right now, there are no core city services being compromised, but this is only phase one of furloughs.

How many phases of furloughs and layoffs there will be at the city depends on how much money the city could get from the state and federal government.

The mayor and council met with members of Congress to ask for financial assistance.

Sixty percent of the city’s budget goes to public safety.

Dallas Police Association President Mike Mata is confident officers won’t be out of work, stating: “We have never laid off cops…I do see a possible reduction in future hiring to offset revenue losses, but even then you are just creating a larger problem in the future."

Mendelsohn hopes the cuts won’t come to that.

“I would not be in favor of any cuts there,” she said.

The projected shortfall could be worse next year. The city estimates losing $50 million in sales tax revenue.