The city says the program designed to cover about 1,000 households had 23,000 applicants.

DALLAS - The city of Dallas if offering rental and mortgage assistance for residents affected by COVID-19 paid directly to banks and landlords.

And with June payments due soon, many viewers are asking for an update.

While his job is back after being put on pause, bills for Jason Petree have kept coming.

“Rent’s gonna be due soon. We closed for two months,” he said. “So being behind on my bills, it’s adding up. I’m hoping I'll hear from them soon.”

What Petree's waiting on is a reply from the city of Dallas rent and mortgage assistance program. It’s federal funding that offers up to $1,500 for up to three months to cover rent or mortgage for city residents who qualify.

Petree says he applied as soon as the program was announced.

“It said, ‘Thank you for submitting your application. We’ll be back in touch with you in three business days.’ That’s all I’ve heard,” he said. 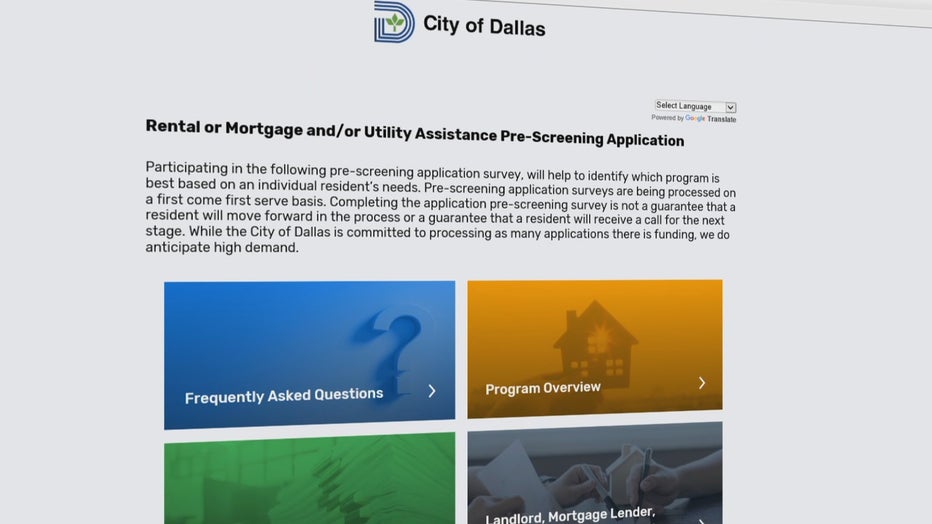 David Noguera is the director of Housing and Neighborhood Revitalization for the city of Dallas. He says the program designed to cover about 1,000 households had 23,000 applicants.

Of the 10,000 who qualified to submit supporting documents, Noguera says they communicated with almost 1,000 of them

The good news for people like Petree: just because you haven’t heard doesn't mean you're out of the running.

“We are committed to making sure everyone receives a communication, whether it’s a positive or a negative,” Noguera said.

As of now, there are no applications that have made their way through the whole process and been funded.

It’s a process that's taking far longer than anticipated, and the city says that needs to be communicated better.

“You'll see us refine our message and our expectations so that we can be as transparent as possible,” Noguera said.

The new plan is to contact all applicants within a week.

Petree says he was finally contacted by the city. While they won't be able to offer him assistance through this program, they did point him to some other programs which perhaps can.