Debt collectors can text you in 2021

By 2021, debt collectors will be able to contact people who owe money via texts, email and even social media messenger.

The $211,175.94 bill stems from a rally held in 2019 by Trump’s reelection campaign in the nearby city of Rio Rancho. According to the Albuquerque Journal, Trump stayed overnight in Albuquerque while in the area for the Sept. 16 rally, forcing the city to shut down city hall and other parts of downtown.

The city later invoiced Trump’s campaign for the extra police coverage, road barricades and for the paid leave given to city employees whose workdays were cut short on both Sept. 16 and Sept. 17, 2019, the newspaper reported.

"In my mind, he owes us a lot more because there was about a day and a half where we couldn’t even function as a city," Keller, a Democrat, said during the appearance.

Keller said "no phone calls had been returned," so the city hired a collection agency.

"He should be getting these annoying voicemails that, like, we get usually from scam companies where it’s like, ‘You owe debts,'" Keller told "The Daily Show." "I mean, I think Mar-a-Lago is now getting those calls." 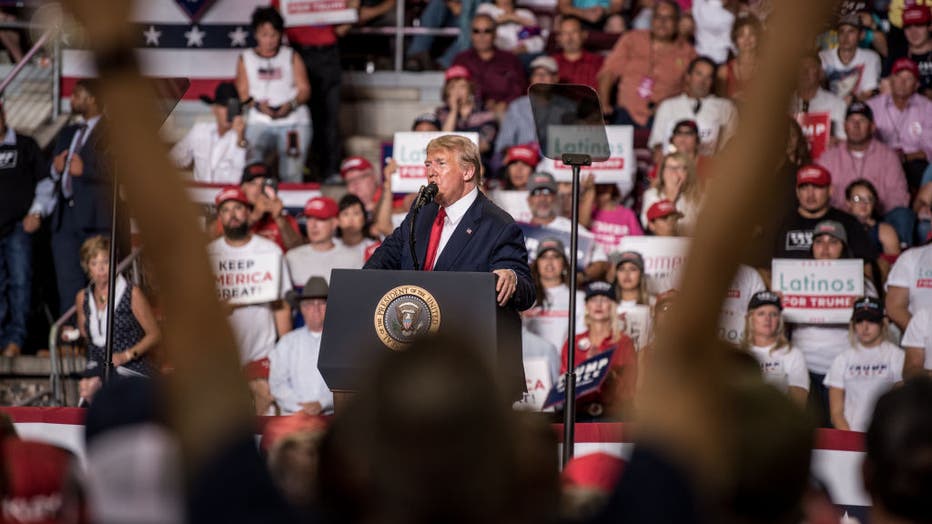 Keller added that any money paid on the debt would go into the general fund, paying for city operations such as police and fire services.

Lorena Sanchez, a spokesperson for the city of Albuquerque, confirmed to FOX Television Stations that the debt had been referred to a collection agency and said payment had still not been received as of Friday.

Trump’s office did not immediately respond to a request for comment.

Sending bills to a collection agency is standard practice for invoices 61 to 90 days old, the Albuquerque Journal reported. There are currently 2,517 city invoices in collections, officials told the newspaper.

The Center for Public Integrity, a nonprofit news organization, reported last year that Trump’s reelection campaign had a combined $1.82 million worth of public safety-related debt across 14 different municipalities connected to campaign rallies.

The campaign told Public Integrity in April 2020 that all billing inquiries should go to the U.S. Secret Service, which coordinates with local law enforcement, and not the campaign. Secret Service officials, however, told the outlet that they receive no funding from Congress to reimburse municipal governments for such expenses.