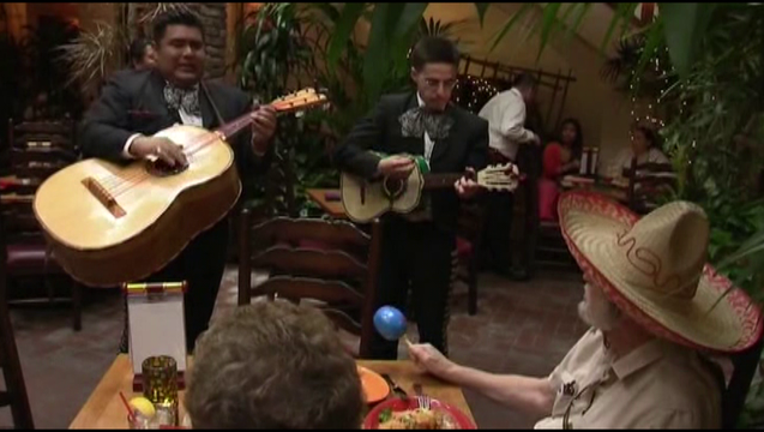 The 25-year-old Mexican-born medical student left Mexico for the U.S. as a child and celebrates the day to honor a homeland she hardly remembers.

But the Albuquerque, New Mexico, resident said she's reluctant to take part in Cinco de Mayo festivities this year as President Donald Trump steps up federal immigration enforcement and supporters back his call for the building of a wall along the U.S.-Mexico border.

"I mean, what is it about? You want to eat our food and listen to our music, but when we need you to defend us, where are you?" Irazoqui Ruiz asked about the wave of anti-immigrant sentiment in the country.

She isn't alone. Trump's immigration policies and rhetoric are leaving some Mexican Americans and immigrants feeling at odds with a holiday they already thought was appropriated by beer and liquor companies, event promoters and bars.

Latino activists and scholars say that ambivalence is bolstered by the hazy history of Cinco de Mayo and by stereotypes exploited by marketers.

The once-obscure holiday marking a 19th century-battle between Mexico and invading French forces is now a regular celebration in the U.S., where party-goers flock to bars for cheap margaritas and tacos. Television beer commercials often show mostly white actors on a beach celebrating.

Tequila company Jose Cuervo is playing off the notion that the holiday is largely overlooked south of the border by throwing a party in a small Missouri town called Mexico. More than 90 percent of people there are white and less than 2.5 percent of Mexican descent. The company is marketing the event on its Facebook page as "Mexico's First Cinco de Mayo."

"Consumers consistently tell us that Cinco de Mayo is a great way for them to reconnect with people they care about and enjoy a few cervezas," said John Alvarado, vice president of marketing for Corona beer, which is made by Anheuser-Busch InBev.

Often mistaken for Mexican Independence Day (Sept. 16), Cinco de Mayo commemorates the 1862 Battle of Puebla between the victorious ragtag army of largely Mexican Indian soldiers against the invading French forces of Napoleon III. The day is barely observed in Mexico, but was celebrated in California by Latinos and abolitionists who linked the victory to the fight against slavery.

During the Chicano Movement of the 1970s, Mexican Americans adopted Cinco de Mayo for its David vs. Goliath story line as motivation in civil rights struggles.

This year, some immigrant enclaves have canceled or reduced Cinco de Mayo celebrations over fears that party-goers could be exposed to possible deportation. In Philadelphia, a Cinco de Mayo-related celebration was scrapped after organizers determined turnout would drop over concerns about immigration raids.

Others worry that parties could take a cruel spin, with revelers, emboldened by Trump's crackdown, mocking and even attacking Mexicans. In Waco, Texas, a college fraternity at Baylor University was suspended after throwing a Cinco de Mayo party where students reportedly dressed as construction workers and maids and chanted "Build that Wall," a reference to Trump's signature campaign promise. The party sparked an investigation and campus protest.

"I don't like to be so angry or shut people down for celebrating," said Joanna Renteria, a Mexican-American blogger in San Francisco. "But when anyone makes an ignorant comment about my culture, it does affect me."

She plans to celebrate by wearing a huipil - a loose tunic designed with colorful patterns of birds and flowers - that she bought in her family's hometown.

Mexican-American rapper Kap G appeared in a Black Entertainment Television sketch in which he argues about the origin of margaritas - a drink with a murky history - at an office meeting.

"It's not even a Mexican drink, bro," the Georgia-based entertainer says before hammering a piñata against a table in a fit of rage.

Not everyone is turned off by Cinco de Mayo. Randy Baker, owner of the popular Rio Bravo Brewing Co. in Albuquerque, is unveiling the brewery's new German-style beer Imperial Kolsch on Cinco de Mayo. The brewery is calling it Fünf de Mayo.

Some other places may not celebrate at all.

Jose Luis Santiago, an immigration advocate, said migrant workers in Homestead, Florida, are more likely to celebrate Mexican Mother's Day on May 10 and leave the Cinco de Mayo drinking and partying to ritzy neighborhoods near downtown Miami and in Miami Beach.

"Maybe we will get together and barbecue, but I don't think it's that big of a deal for us," Santiago said.