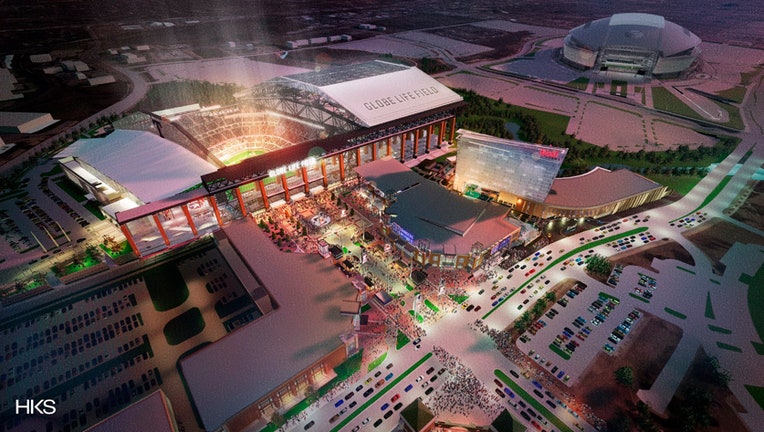 ARLINGTON, Texas - Popular country artists will be the first to perform at the new Globe Life Field next year.

It's an announcement that puts a real deadline in place for crews putting together the new stadium.

Chris Stapleton and Willie Nelson are set to play at Globe Life Field on March 14. They'll be joined by several other artists.

Construction of the new venue is over 80 percent complete. And there are big plans in store for the old ballpark.

It turns out a concert — and not baseball — will be the first event to bring thousands of people together to the new Globe Life Field in Arlington.

“We're honored to play the very first show ever at the Texas Rangers Stadium,” Stapleton said. “Hope you see you there.”

“We started identifying these guys more than a year ago,” said Sean Decker, Texas Rangers senior VP of operations and events. “We're thrilled that them and their management accepted the opportunity of Globe Life Field.”

The future home of the Texas Rangers is now 82 percent complete. Some of the 40,000 plus seats went in at Globe Life Field on Wednesday. 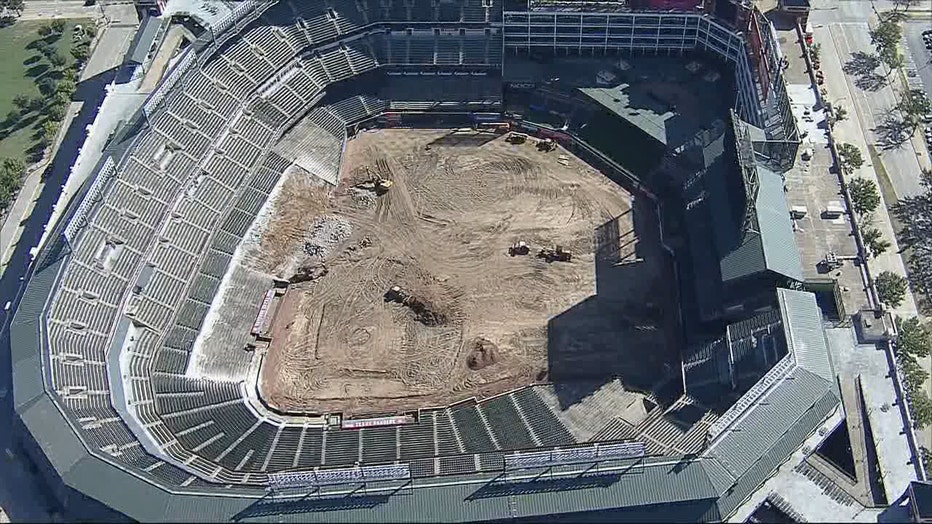 Arlington Mayor Jeff Williams and two long-time season ticket holders got a feel for their new seats and view.

The new 1.9 million square foot ballpark is located on 13 acres just south of the current Globe Life Park. And while the Texas Rangers will no longer play there, the park's future seems bright.

The Dallas Renegades and North Texas Soccer Club will become tenants in 2020.

Mayor Williams says Six Flags is also moving its new world headquarters into the facility. There are also plans for a residential tower.

David Chatman, whose been a season ticket holder for 30 years, is glad a sacred piece of Arlington history is being preserved.

“Really couldn't be more excited,” he said. “I remember the first time going into the Globe Life Park and remember how exciting that was. This certainly matches it.”

The Texas Rangers will play the St. Louis Cardinals in an exhibition game on March 23.