What is Chinese New Year?

Whether you're a regular celebrator or just want to partake in the festivities, here is a helpful breakdown of this holiday.

LOS ANGELES - Saturday, Jan. 25 marks the Chinese New Year, also known as Lunar New Year or Spring Festival. Many will be celebrating the Year of the Rat, the first animal of 12 zodiac signs that rotate in a dozen-year cycle. For those who don’t regularly celebrate the holiday, they may not know what it is, what the Year of the Rat signifies, let alone what their own Chinese zodiac sign may be.

Whether you're a regular celebrator or just want to partake in the festivities, here is a helpful breakdown of this holiday. 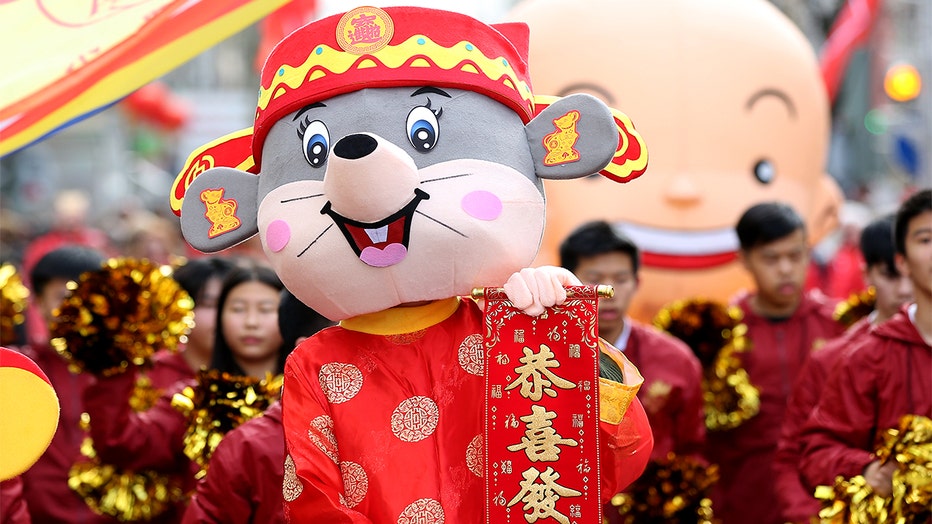 Revelers perform during celebrations for the Chinese New Year parade, marking the year of the Rat, in Lisbon, Portugal on January 18, 2020. (Photo by Pedro Fiúza/NurPhoto via Getty Images)

What is Chinese New Year?

Vickie Lee, author of the children’s book “Ruby’s Chinese New Year,” told USA Today that Chinese New Year is “the most important and the most popular holiday for Chinese people and in the Chinese culture.”

"It’s a very joyful holiday (when) you’re supposed to go home, see your family," she added of the time spanning about 15 days. "In China, they celebrate it for two full weeks, and people actually travel home and from far, far away.“

Each Chinese New Year centers around a particular zodiac sign which holds importance to Chinese culture.

Your birth year will determine your zodiac sign. Individuals born in different years will share different signs; for example, people born in 1988 have the same zodiac sign of those born in 2010.

After the rat, comes the ox, tiger, rabbit, dragon, snake, horse, goat, monkey, rooster, dog and pig — in that order.

The following birth years show which zodiac sign you belong to:

What does the “Year of the Rat” mean?

Because 2020 coincides with the Year of the Rat, those born this year will belong to the rat zodiac.

Your birth year and zodiac animal will also reveal your personality and characteristics.

People born in the year of the rat are optimistic, energetic and likable by all, ChineseNewYear.net reported. They are sensitive to other’s emotions but are stubborn with their opinions.

Other characteristics of the year of the rat include quick-witted resourceful, versatile and kind, according to Chinahighlights.com.

Lee also described the rat as being "very clever and innovative. They love to be very active... They are very hardworking. They love to collect things and organize things."

Rats are seen as a sign of wealth and surplus in Chinese culture, according to ChineseNewYear.net. Married couples also prayed to them to have children, due to rats’ reproduction abilities, the cultural website said.

What are the traits of the other Chinese zodiac signs?

Chinahighlights.com also breaks down the personality traits of the other 11 signs.

When does Chinese New Year end?

Since Chinese New Year is a lunar festival that lasts two weeks long, it ends with a lantern festival during the next full moon on Feb. 9 this year.

Zhaojin Zeng, a professor of East Asian history at the University of Pittsburgh (http://www.history.pitt.edu/people/zhaojin-zeng), told USA Today that since Chinese New Year is also called Spring Festival, “you are celebrating the beginning of the new year, so the spring season.”

Zeng emphasized the importance of spending time with family.