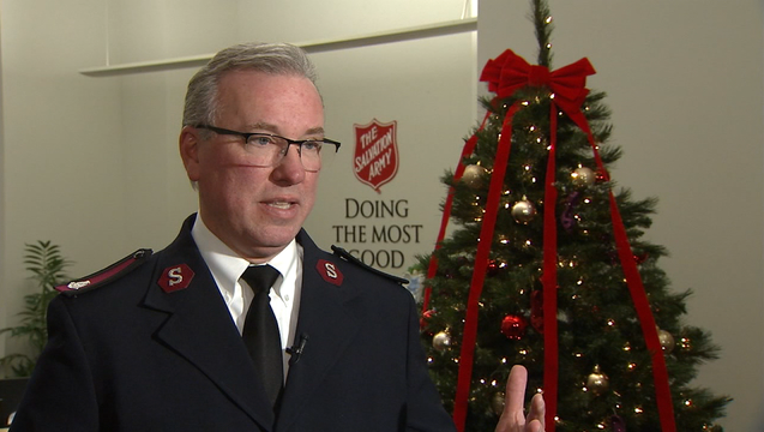 Some organizations are fearful the changes could equal a drop in charitable giving.

The most visible fundraiser is the Salvation Army’s Red Kettle Campaign, but they are also reliant on major gifts.

“When someone like you or me decides to give a thousand dollars to a charity, that’s a major gift and we get to write it off on our taxes if we itemize and that’s the stuff that’s going to go away,” Rich said.

Congress is crafting a tax reform bill that will double the standard deduction for single and married people. That is likely to mean fewer people will itemize tax returns and fewer year-end charitable donations.

“You would probably see about a $5-10 billion decline in giving each year, which would amount to about a one to two percent of the total amount raised by American charities,” said Dr. Cullum Clark, SMU Director of Economic Research.

“There have been dizzying changes to the tax code over time and through it all the American people have been very generous,” Clark said.

The Salvation Army speaks with a voice representing all non-profits who depend on charity to strengthen the social sector.

“We don’t want to have anything done that would minimize the impact of charitable giving in our country,” Rich said.

All may not be lost, though, as one of the amendments to tax cuts is called the universal charitable giving amendment. It would allow for people claiming the standard deduction to write off up to a third of that in charitable giving.