Changes made at Dallas parks, trails to make sure people are practicing social distancing

Electronic signs have been put up at parks, reminding people to keep their distance.

DALLAS - It was a cold, wet day at White Rock Lake on Saturday.

“Also, on days like this, when it’s cold and it’s wet, a lot of people don’t want to get out here, and for me it’s the perfect time to run,” Anthony Reed said. 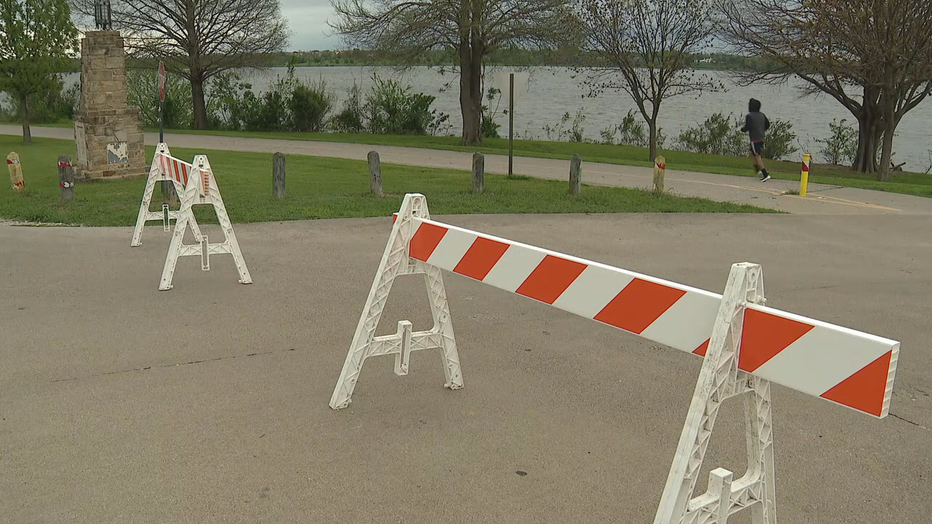 [REPORTER: “Did it take a while for people to catch on that, hey, we need to stand 6-feet apart, social distance?”]

Lopez said they’ve been placing electronic signs at parks, reminding people to keep their distance. He believes it’s working, and not just because of poor weather.

His staff of nine park rangers has also received some help.

“What we’ve seen, is we’ve been getting a lot of voluntary compliance,” he added.

“As far as the social distancing, they’re probably more like 15-20 feet apart, so everybody’s kind of doing their part to stay away from each other,” Carrie Hudson said.

Hudson said she’s noticed a change from last week, when Dallas parks had closed off the public parking lots over at White Rock Lake.

“There was only one parking lot and it was on the street,” she said.

But that created a different problem.

“What we found was that people were still coming and they were actually spilling over into the neighborhoods and inconveniencing our neighbors at White Rock Lake,” Lopez said.

“This parking lot is definitely one of the hot spots,” Reed said.

The city has re-opened the lots at White Rock, but the public lot at Bachman Lake Park remains closed. As far as the actual parks go, the goal is to keep everything open.

“We certainly want to keep everything open,” Lopez said.

Including the Katy Trail, where law enforcement is patrolling.

Meanwhile, Walmart announced some changes to its shopping policies to keep crowds low inside.

It’s now only allowing enough people to fill 20 percent of a store’s capacity.

Store associates at a Walmart Neighborhood Market in Uptown are on hand to direct shoppers where they could wait outside.

Some grocery stores, including Tom Thumb and Walmart, have put in sneeze guards at registers.