CEDAR HILL, Texas - Cedar Hill police are determined to spread the word about a law that's been on the books for years, yet many drivers say they've never heard of it.

In just a few hours in the last two days, the department has issued more than 100 warnings for drivers violating the Slow Down/Move Over law.

The law, passed in 2003, requires drivers to reduce speed by 20 miles an hour or move over when first responders and tow trucks stop roadside.

The law expanded in September to include utility and waste collection vehicles.

Yet despite the frequency of accidents and close calls, police say they're surprised how many people are still not familiar with Slow Down/Move Over.

Cedar Hill PD set up on the side of the road, catching speeders, then connecting with passers-by who break the law.

“We appreciate you slowing down, we just want to make sure we get you to that 20 miles an hour,” Sgt. Chad Cooley told one driver. 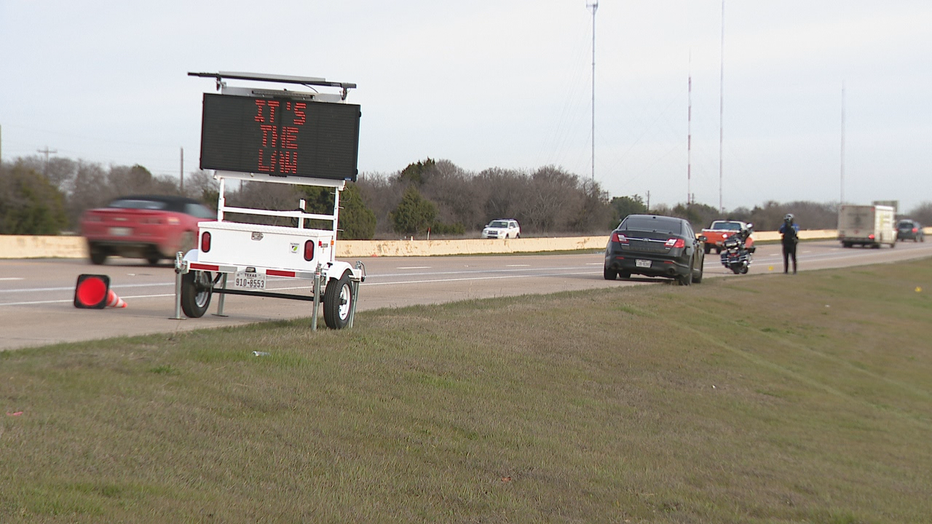 A Fort Worth officer was hospitalized in November when a suspected drunk driver hit her cruiser at an accident scene. Two tow truck drivers trying to help stranded drivers were killed also killed last year -- one in Grand Prairie, one in Irving.

“With so many distractions in the vehicle today, especially on high speed roadways, you are only one or two feet off from drifting off the roadway and hitting a first responder or hitting their vehicle and so those types of incidents can happen any time at any place,” said Cedar Hill PD Chief Ely Reyes.

Police said they hope the quick stops have a lasting effect.

“This isn’t trying to trick people into it. It’s trying to gain voluntary compliance and save lives,” Reyes said.