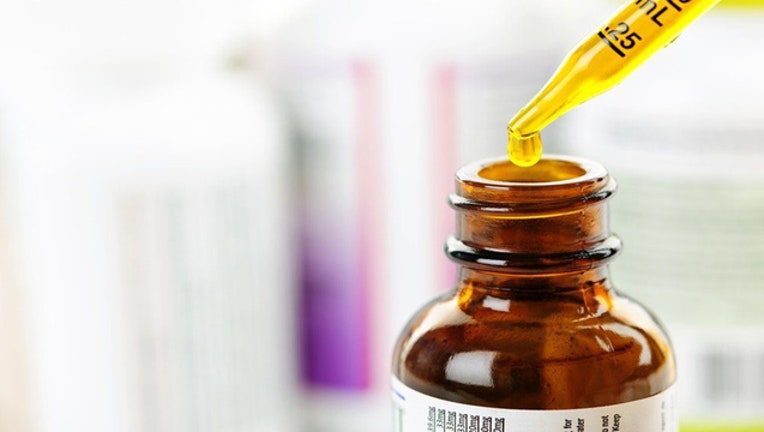 MANCHACA, Texas (AP) - When California rings in the new year with the sale of recreational pot for the first time, Texas will be tiptoeing into its own marijuana milestone: a medical cannabis program so restrictive that doubts swirl over who will even use it.

Texas is the last big state to allow some form of medical marijuana, albeit an oil extract so low in the psychoactive component, THC, that it couldn't get a person high. Though it might seem that Texas policymakers have softened their attitude toward the drug, bringing them more in line with the U.S. population as a whole, they have not. A joint could still land you in jail in Texas, and the state's embrace of medical marijuana comes with a heavy dose of caution.

Among the concerns are the license fees to grow marijuana in Texas - which are the highest in the U.S., at nearly $500,000 - and that the program is rolling out with just eight participating doctors in a state of 27 million people. And, like other states, access is limited to a small pool of patients who have been diagnosed with intractable epilepsy and tried at least two other treatments first.

"It's heartbreaking. Being able to say, 'Yes, you can get it,' but reading over the whole law there is still some things we have to jump over," said Cristina Ollervidez, 31, who lives near the Texas-Mexico border and is three hours from the closest participating doctor. Her 7-year-old daughter, Lailah, has a type of epilepsy called Lennox-Gastaut syndrome and is in a wheelchair.

Her daughter isn't listed as having intractable epilepsy but still has days when she gets several seizures.

"Seeing Texas put limitations, I do get that part," Ollervidez said. "But I don't think they did their exact research."

The frustration over access is similar in other states that have also passed restrictive medical marijuana laws. One Georgia legislator goes so far as to have low-dose cannabis oil shipped to his office from Colorado as a workaround to his own bill, which allows people to possess marijuana but doesn't give them a legal way to obtain it.

Texas is similar to more than a dozen states that restrict access to a low-THC cannabis oil. However, Texas - which is 800 miles (1,300 kilometers) wide - licensed just three dispensaries, none of which are in the western half of the state or in fast-growing cities along the border with Mexico. And the Republican who won over skeptical conservatives to pass her law in 2015 is noncommittal about expanding the program.

That leaves Morris Denton, who runs the Compassionate Cultivation dispensary near Austin, looking far down the road.

"If you're willing to take a long-term view and you're willing to suffer a few scars along the way, that success will come," Denton said. "The lessons themselves represent a barrier to entry for others who may come in. But I think it's hard to pinpoint how, where and when to start a legal medical cannabis industry."

Texas has also placed tighter control on marijuana growers. The licensing fee is 80 times more than originally recommended. The Texas Department of Public Safety once proposed a fee as high as $1.3 million to help offset the costs of state troopers patrolling the dispensaries, although that recommendation was later dropped.

Growers are required to have surveillance video of every square foot of their facility and to preserve recordings for two years, which is longer than some police dashcam footage must be retained in Texas. They also aren't allowed to bring in a third-party to test the quality of their product.

The driver behind the Texas law is Republican Stephanie Klick, a Christian conservative who strongly opposes the recreational use of drugs and who didn't support expanding her law this spring. She said it took her 18 months to round up enough votes in the Legislature and convince skeptics that patients weren't going to abuse the cannabis oil.

"There was one sheriff that thought these kids were going to be juvenile delinquents and end up in his jail. And these are really sick kids," Klick said, noting that lawmakers will consider expansion only after they've seen the results of the current framework.

Only four states - Kansas, South Dakota, Nebraska and Idaho - have no form of medical marijuana on the books. Seventeen others, including Texas, allow only low-THC medical cannabis, according to research from the National Conference of State Legislatures.

Karmen Hanson, a program director for NCSL, said Texas is unusual for requiring that a doctor "prescribe" the cannabis oil instead of using the word "referral" like most states. The distinction is blamed for dissuading more Texas doctors from signing up, because under federal law, marijuana is classified as a Schedule 1 drug with no medical use and therefore can't be prescribed.

Dr. Paul Van Ness, a neurologist at the Baylor College of Medicine in Houston, is one of the few doctors who have registered with state to participate in the program. He said he supports the restrictive nature of the Texas program, though he concedes the downside is limited access.

He said he already has patients smoking marijuana, some of whom have been arrested because of it.

"They didn't belong in jail, but that's what happens in Texas," Van Ness said. "So if they can do it legally, that's a lot safer."