BEDFORD, Texas - People who work for Carter BloodCare said they are dealing with the worst shortage they’ve experienced in more than a decade, and they need thousands of people to donate.

“Typically our O inventory is usually filling up all of these shelves right here, and you just see how empty even the O is,” Dr. William Crews said. 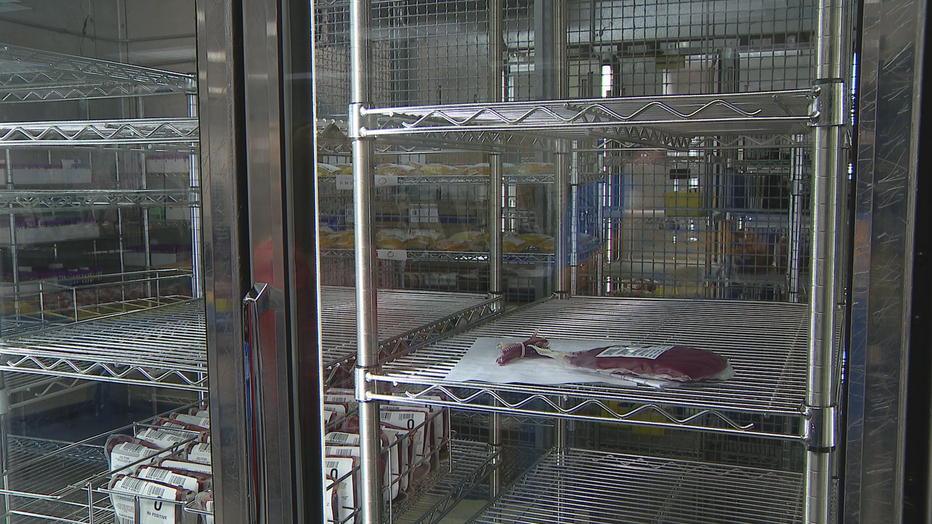 The blood supplier for most North Texas hospitals, Carter BloodCare is experiencing a critical shortage, and it’s been near critical since this past summer.

Thursday, there were just 34 pints of the most common blood type, O positive.

“It creates that anxiety,” Dr. Crews added. “We’ve got to do everything we can to get people to donate so that we can replenish our inventory.”

The shortage is so dire, that at Carter headquarters in Bedford, technicians who fulfill blood orders for hospitals are no longer fulfilling standing orders, instead only delivering blood to hospitals as needed.

“Let’s say the person undergoing open heart surgery, or the mom undergoing the C-section has, somehow, they need a lot of blood to get through that surgery,” he explained. “We, at this level, can’t guarantee that we have the necessary blood supply to give in their transfusions.”

Edward Smith has been donating blood for 20 years.

“It was just an easy way to do something good. Come in every six weeks or so, whatever it is. It’s real easy to come in and do it,” Smith said.

“I had a friend recently who lost his daughter and I know they needed blood,” donor Mark Burgess added.

Carter officials said they would need 1,500 people like Smith and Burgess donating every day for the next week to replenish its supply.

“This is the worst that I’ve ever seen our blood levels, so it’s absolutely imperative that anyone who’s seeing this message, please consider to donate,” Dr. Crews added.

They don’t know specifics on why they are experiencing this critical shortage, but said that there is usually a decline in donors around the holidays.