It's a holiday but for some veterans and others its already been a long night and morning. FOX 4's Dan Godwin talked to several people taking part in the annual Carry the Load event at Reverchon Park in Dallas.

DALLAS - Men and women are carrying an emotional load during a cross-country relay covering 20,000 miles.

Carry the Load honors fallen United States service members and has a goal of restoring the true meaning of Memorial Day.

Beth Sundquist, a Marine veteran and retired Dallas police sargeant, is carrying names of some people she knew and some she didn’t.

"Heartfelt. Tear-jerking at times," she said.

Though they all have something in common, as their lives were cut short while serving their country. 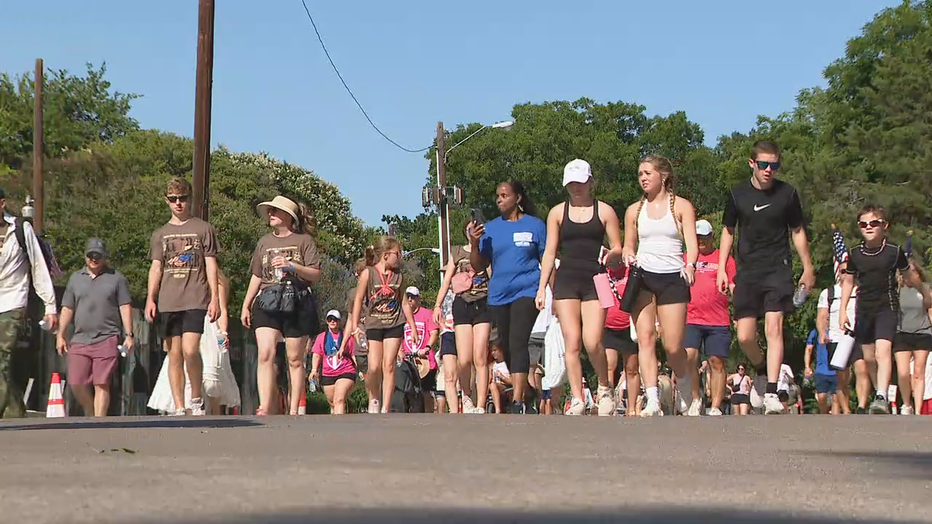 Carry the Load is a series of five-relay walks beginning in different areas of the country.

Some walk a few miles in their hometown as the event passes through during the month of May. Others take turns while walking in groups across the country, resting and sleeping on buses each night. 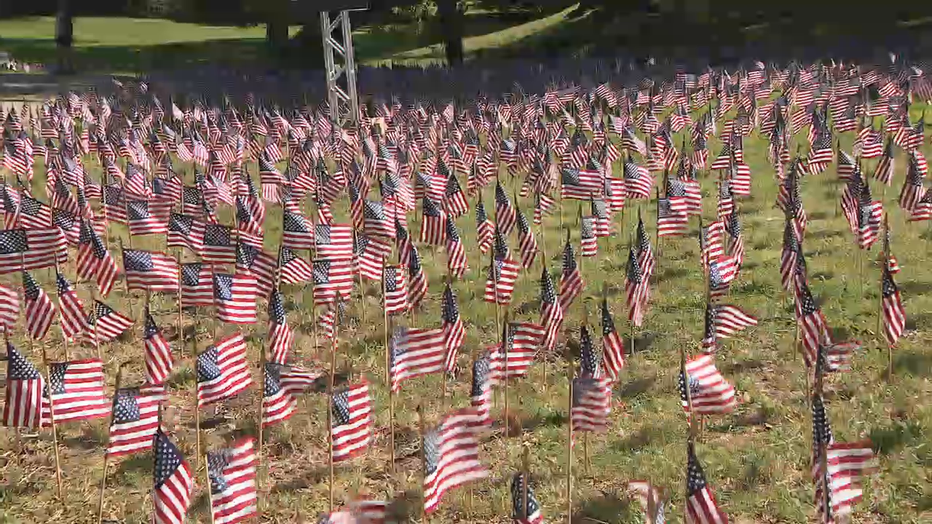 "We just want everybody to remember why this day exists," said Todd Boeding, with Carry the Load.

Many carry names and faces on their backs of loved ones killed while serving in the military.

It’s happening during a weekend in which many spend quality time with their loved ones.

Reverchon Park is where thousands merge together as the relays finish

"The support for our military and our first responders has never been more important. Individuals that go into the darkness so that others don’t have to be afraid," Dallas Police Chief Eddie Garcia said.

Fundraising goes toward a number of areas, including scholarships for children of the fallen and the strengthening of veteran services, such as counseling.

It’s a comfort for veterans like Corena Mitchell, who, after coping with a traumatic 16 years in the military, nearly reached a breaking point.

"I didn’t know what to do for help," she said. "It was the first time I realized that I didn’t have to end my life in order to get the help that I needed."

"And so our job is to educate the public in that regard," Boeding added.

Organizers say the event is most important for families of the fallen.

"So that they understand the death of your loved one mattered," Boeding said.

They see the names of their loved ones living on.

[REPORTER: "About how many miles did you do?"]

And as Sundquist finishes her walk in Dallas, thousands more joined in. A celebration of respect and remembrance.

"I can carry somebody for somebody else that can’t carry themself," Sundquist said.