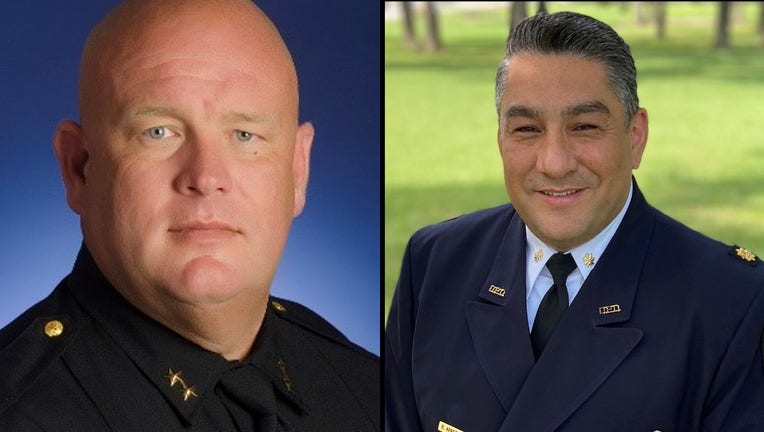 DALLAS - The cities of Carrollton and McKinney both have new police chiefs.

In Carrollton, north of Dallas, Roberto Arredondo was hired to replace Derrick Miller, who left earlier this year to become Irving’s police chief.

Arredondo has served in law enforcement for 25 years. He started with the Dallas Police Department in 1996 and comes to Carrollton after serving as the police chief in Victoria, southwest of Houston.

He’s been in law enforcement for 30 years, starting with the Collin County Sheriff’s Office in 1992. He joined the McKinney Police Department in 1995.