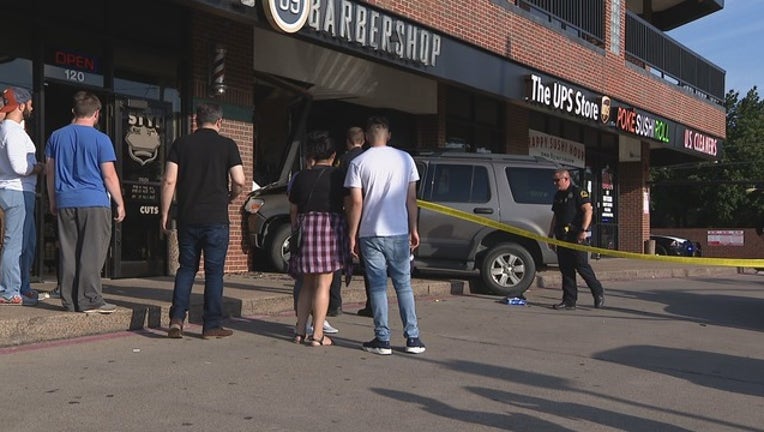 DALLAS - Police say a woman was dragged and run over by her own SUV Friday when she tried to stop some kids from stealing it in Northeast Dallas.

The woman was injured after a juvenile carjacker dragged her, ran her over and then crashed into a barber shop. The young man was arrested.

Police say it happened around 7 p.m. at the corner of Mockingbird Lane and Greenville Avenue in Northeast Dallas.

The carjacker was reportedly rifling through an SUV when the woman who owns it confronted him. They fought and the juvenile threw the vehicle into drive and dragged the woman and ran her over before crashing into Floyd’s 99 Barbershop.

The carjacker ran away from the scene but was arrested by police officers shortly after.

Several people inside the barber shop were injured. Two were taken to the hospital in unknown condition. Others were treated at the scene.

The carjacking victim was treated at the scene. The wheels did not go over her body when she was run over, so she was not seriously hurt.