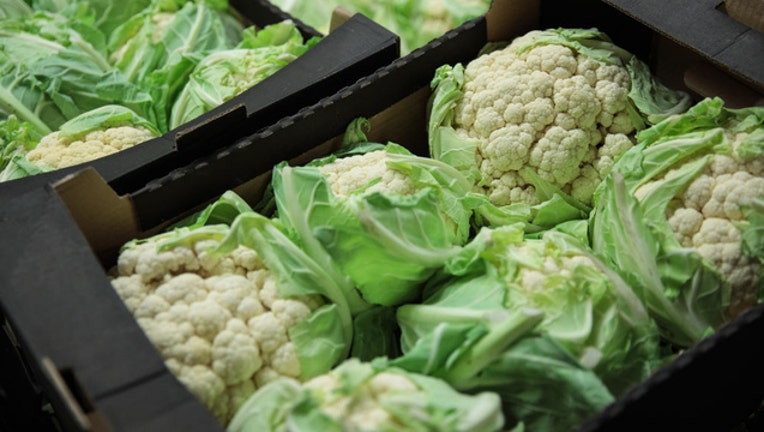 FILE - Boxes of cauliflower are packaged for sale on February 4, 2017 in London, England. (Photo by Jack Taylor/Getty Images)

SANTA MARIA, Calif. (FOX 11) - A California farm that federal health officials traced to the recent E. coli outbreak from romaine lettuce has recalled more produce "out of an abundance of caution," the facility announced.

Adam Bros. Farming Inc. in Santa Maria said in a press release it has recalled red leaf lettuce, green leaf lettuce and cauliflower that was harvested from Nov. 27 to Nov. 30.

The company said none of the recalled products have tested positive for E. coli, but the company was issuing the voluntary recall in cooperation with the FDA out of an abundance of caution.

"The recall was initiated after it was discovered that sediment from a reservoir near where the
produce was grown tested positive for E. coli," the farm said.

Adam Bros. Farming, Inc. said it notified customers affected by the recall, asking that the product not be eaten, sold or transferred.

E. coli, the bacteria often associated with food poisoning, usually causes sickness two to eight days later, according to health authorities. Most people with the infection get diarrhea and abdominal cramps. Some cases can be life-threatening, causing kidney failure and seizures.

At least 59 people in 15 states have been sickened by tainted lettuce, the FDA said.

The Associated Press contributed to this report. FOX 11 reported on this story from Los Angeles.