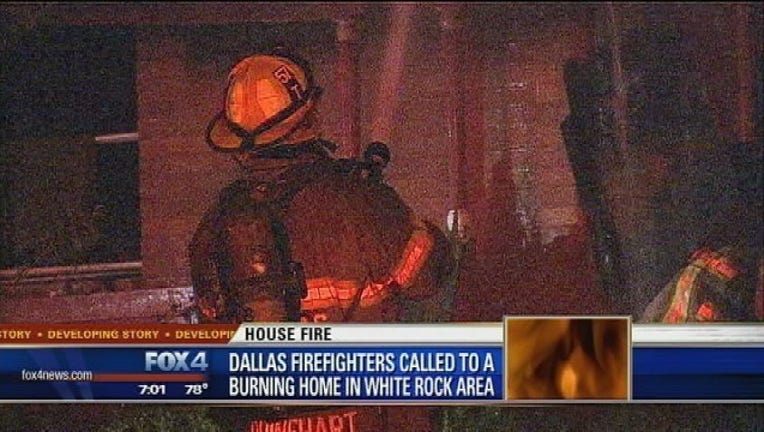 Dallas firemen had to use cadaver dogs to find the body of a woman who died in a house fire early Sunday morning.

The fire was reported at 4am in the 11300 block of Gatewood Place according to Dallas Fire Rescue spokesman Jason Evans. Evans says the house was fully- involved in flame when the first units arrived on scene. A man had been able to escape the burning home but Evans says his elderly mother could not be found. Neighbors told firemen the woman may still be in the burning structure but firemen were not able to save her.

Evans says after the fire was out firemen searched the debris for several hours and to find the woman. Finally cadaver dogs were brought to the scene and located the woman's body in the burned out kitchen area of the home.

The cause of the fire is under investigation. The name of the victim has not been released.