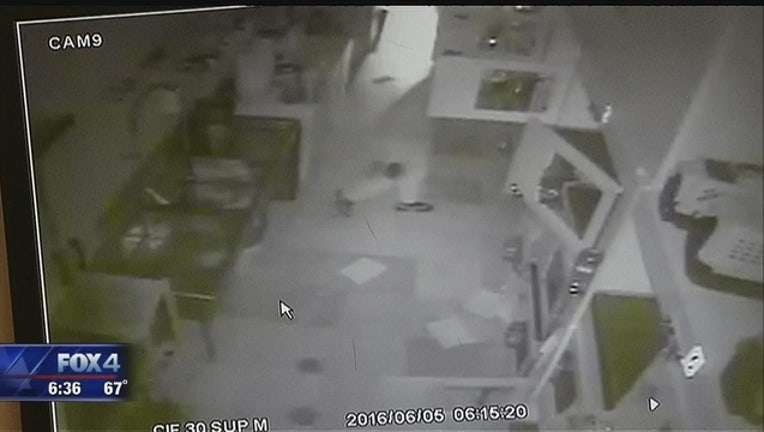 DALLAS - A dozen puppies were stolen from a Dallas pet store and the burglary was caught on surveillance video.

Three people wearing all white broke into the Petland on Preston Road in North Dallas round 3 a.m. Saturday.

They stole several bulldogs, a husky, a German shepherd and a Chihuahua puppy. The store said the dogs are worth more than $15,000.

“I broke down at one point because they are so young and you just get so attached when you see them every day. A part of my heart is gone as well,” said Shelby Price, the store’s pet counselor.

This is the second time burglars have hit the same store in the past four months.