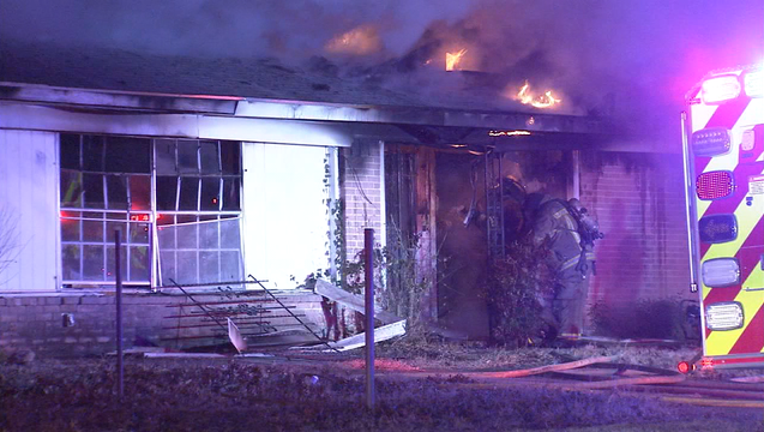 DALLAS - Three firefighters were hurt fighting a fire that raced through a vacant home in southeast Oak Cliff.

The fire started around 1 a.m. Monday in the 6100 block of Flagstaff Street, which is near Bonnie View and Simpson Stuart roads.

Dallas firefighters were slowed down by burglar bars on the one-story house. It was completely destroyed.

The three firefighters who were hurt suffered minor steam burns. They were taken to the hospital for treatment and later released.