The history of June being Pride Month

Every June, the LGBTQ+ community and allies celebrate what has become

On June 3, Burger King announced on Twitter that for the duration of Pride Month, the fast-food franchise will donate to the Human Rights Campaign for every one of Chick-fil-A's Ch’King sandwich that is sold.

The Human Rights Campaign "strives to end discrimination against LGBTQ people and realize a world that achieves fundamental fairness and equality for all," according to the campaign’s website.

Burger King also noted in the tweet that the offer still stands "even on Sundays," apparently alluding to the fact that Chick-fil-A is known for being closed on Sundays so employees can "set aside one day to rest and worship if they choose," according to the Chick-fil-A website.

The Atlanta-based fast-food chicken restaurant has faced backlash in the past over its donations worth millions of dollars to groups that oppose same-sex marriage. 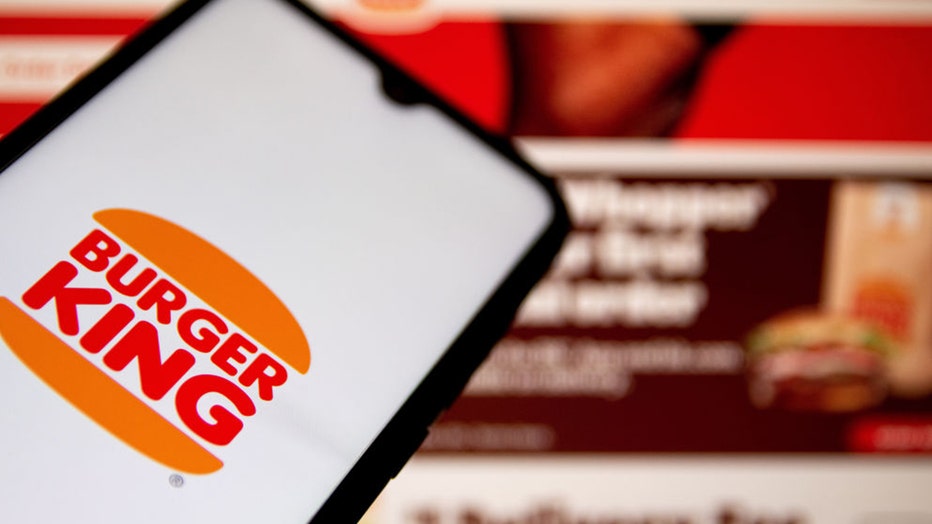 FILE - In this photo illustration a Burger King logo seen displayed on a smartphone screen with Burger King website in the background.

In September of 2020, Chick-fil-A withdrew its plans to open a restaurant in San Antonio’s airport after some city leaders opposed the fast-food chain getting a spot, citing donations made by company owners to anti-LGBTQ causes.

Burger King has promised to donate 40 cents to HRC for every chicken sandwich that is sold until the end of June or until the total amount donated reached $250,000.

The burger restaurant is also offering a free Whopper with the purchase of a Ch’King sandwich until June 20.