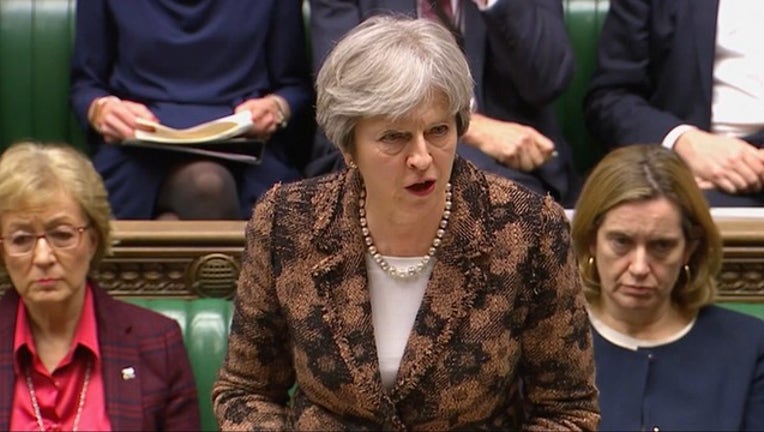 LONDON (AP) - Relations between Britain and Russia plunged Wednesday to a chilly level not seen since the Cold War as Prime Minister Theresa May expelled 23 diplomats, severed high-level contacts and vowed both open and covert action against Kremlin meddling after the poisoning of a former spy.

Russia said it would respond soon to what it called Britain's "crude" and "hostile" actions.

While May pledged to disrupt Russian espionage and "hostile state activity," she gave few details about how hard Britain would hit Russian politicians and oligarchs where it really hurts - in their wallets.

"Expelling diplomats is a kind of a standard response," said Natasha Kuhrt, a Russia expert at King's College London. "I'm not sure it's going to make Moscow stand up and think."

May told the House of Commons that 23 Russians diplomats who have been identified as undeclared intelligence officers have a week to leave Britain.

"This will be the single biggest expulsion for over 30 years," May said, adding that it would "fundamentally degrade Russian intelligence capability in the U.K. for years to come."

May spoke after Moscow ignored a midnight deadline to explain how the nerve agent Novichok, developed by the Soviet Union, was used against Sergei Skripal, an ex-Russian agent convicted of spying for Britain, and his daughter Yulia. They remain in critical condition in a hospital in Salisbury, southwestern England, after being found unconscious March 4.

May said "there is no alternative conclusion other than that the Russian state was culpable for the attempted murder of Mr. Skripal and his daughter."

She announced a range of economic and diplomatic measures, including the suspension of high-level contacts with Russia. An invitation for Russian Foreign Minister Sergey Lavrov to visit Britain has been canceled, and British ministers and royals won't attend the soccer World Cup in Russia this summer.

May also said Britain would clamp down on murky Russian money and strengthen its powers to impose sanctions on abusers of human rights, though she gave few details.

"We will freeze Russian state assets wherever we have the evidence that they may be used to threaten the life or property of U.K. nationals or residents," May said, promising to use all legal powers against criminals and corrupt elites, and to "increase checks on private flights, customs and freight."

"There is no place for these people - or their money - in our country," she said.

May said some of the measures "cannot be shared publicly for reasons of national security."

The Russian Embassy in London said the expulsion of diplomats was "totally unacceptable, unjustified and shortsighted." Ambassador Alexander Yakovenko called Britain's actions were "a provocation."

Russia did not immediately announce retaliatory measures, but its Foreign Ministry said "our response will not be long in coming."

It said Britain's "hostile measures" were "an unprecedentedly crude provocation."

Some Russia experts said the measures announced by May were unlikely to make Russian President Vladimir Putin's government change its behavior. She didn't expel Russia's ambassador or announce sanctions against any individuals or companies.

Critics of the British government have long claimed that the U.K. is reluctant to act against Russia because London's property market and financial sector are magnets for billions in Russian money.

"There does not seem to be any real appetite so far to investigate the ill-gotten gains of the Russian elite that have been laundered through London," said John Lough, an associate fellow in the Eurasia program at the Chatham House think-tank. "It is not clear to me that London's response will hit the Kremlin where it hurts."

Moscow has denied responsibility for Skripal's poisoning. It refused to comply with Britain's demand for an explanation, saying the U.K. must first provide samples of the poison collected by investigators.

Some in Russia have suggested that the nerve agent could have come from another former Soviet country.

Lawmaker Vladimir Gutenev, a member of Russia's state commission for chemical disarmament, said Russia had scrapped its stockpile of Novichok.

"It is hard to say what may be happening in neighboring countries," he was quoted as saying by the Interfax news agency.

Britain is seeking support from allies in the European Union and NATO in response to the use of an illegal chemical weapon on British soil. May's office said President Donald Trump told the prime minister the U.S. was "with the U.K. all the way."

But Britain faces an uphill battle in rallying international backing for any new measures against Moscow.

European Council President Donald Tusk said he would put the attack on the agenda at an EU summit meeting next week.

The U.N. Security Council - of which Russia is a veto-wielding member - was due to meet later Wednesday at Britain's request to discuss the investigation.

At U.N. headquarters, deputy spokesman Farhan Haq said Secretary-General Antonio Guterres was not in a position to attribute responsibility for the attack, but "he strongly condemns the use of any nerve agent or chemical weapons and hopes that the incident will be thoroughly investigated."

NATO promised to help investigate what it called "the first offensive use of a nerve agent" in Europe or North America since the military alliance was founded in 1949.

But it's unclear what, if anything, NATO can do to put more pressure on Russia. Relations between the old Cold War foes are already poor and short of military action the alliance has little leverage.

"We will work with our allies and partners to confront such actions wherever they threaten our security, at home and abroad," she said. 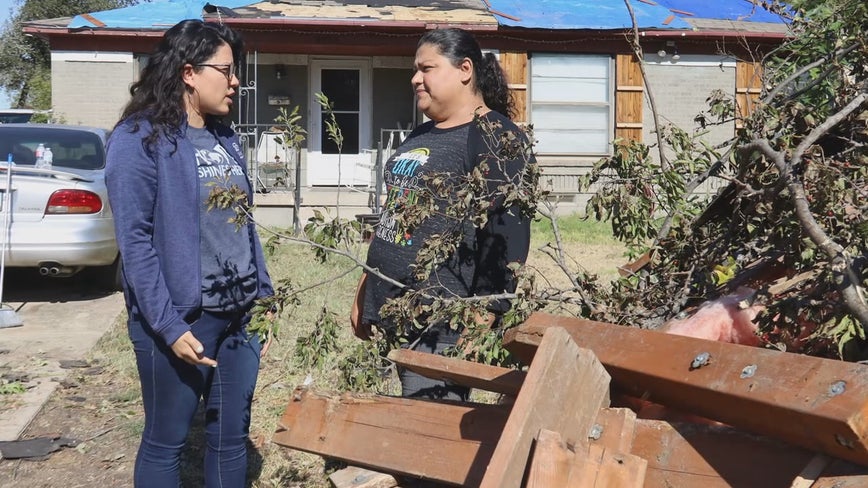