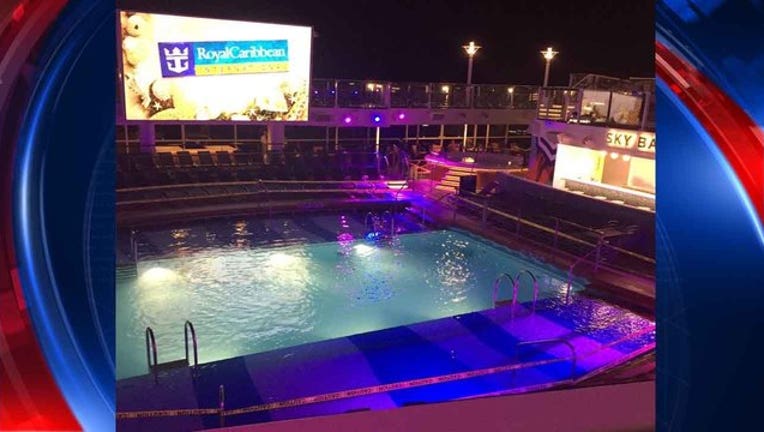 BAYONNE, N.J. (AP) — The U.S. Coast Guard says an 8-year-old boy who fell into a pool on a cruise ship off the coast of New Jersey and nearly drowned is in critical condition.

Coast Guard Senior Chief Steven Allard tells the New York Daily News that the boy had been in the water for eight to 10 minutes Thursday evening before officials with Royal Caribbean's Anthem of the Seas found him.

Allard says the boy received CPR on the ship, which changed course and sailed toward Bayonne. Fire officials say the boy was taken to a hospital on Staten Island.

The ship left New York Harbor and was heading to the Caribbean at the time.

Royal Caribbean says it's providing support to the boy's family.