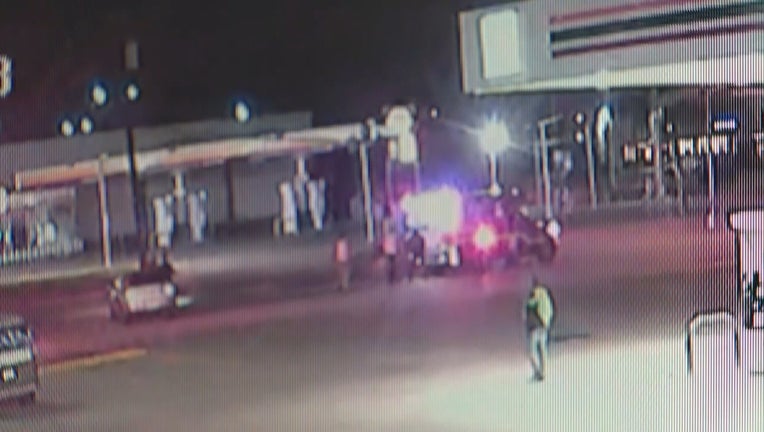 DALLAS - A teenage boy is now charged with murder after a Dallas carjacking victim died.

Police say the carjacking happened outside of a 7-Eleven in Northeast Dallas on Sept. 11.

Surveillance video shows David Irby Jr. running toward his car as carjackers tried to take off with it. He was eventually thrown to the ground and was dragged.

Irby was hospitalized, but he could not overcome his injuries and died over the weekend.

The suspect, a 14-year-old boy, was originally charged with aggravated assault. He is now charged with murder.

It’s unlikely that the suspect will be certified as an adult because of his young age.

PREVIOUS STORY: 14-year-old charged in Dallas carjacking that left a man critically injured after being dragged