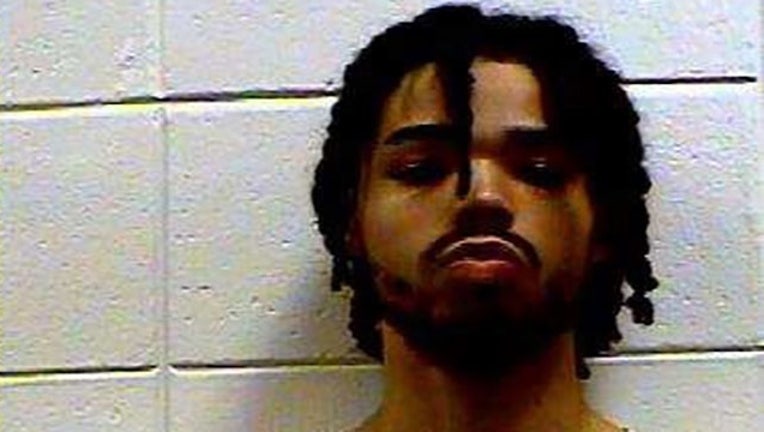 JACKSON, Miss. (AP) - A Mississippi man who fatally beat a 3-year-old girl because she couldn't correctly answer questions about numbers told investigators that "this was a tough world and she had to be tough if she wanted to survive," Meridian Police Chief Benny Dubose said Monday.

Joshua Salovich was charged with capital murder, meaning he could face the death penalty, and held without bail. Detectives testified in an initial court appearance that the 25-year-old boxer-in-training beat toddler Bailey Salovich at maximum force with a bamboo rod, a cellphone cord and his hands.

Dubose said it isn't clear whether Salovich is the child's biological father.

Police were called Friday afternoon after the child arrived at a local emergency room with bruises and cuts all over her body, and at least one head wound, Dubose said.

Questioning Salovich and the child's mother separately, Dubose said Salovich told police that he was asking the toddler questions about numbers and would "pop" her when she answered incorrectly. Salovich said he had used the same method to discipline the child at least five times per week, Dubose said. Salovich told police he used a bamboo rod until it broke, then switched to a cellphone cord to administer some of the licks. Other blows came from his hand.

"He did state that on that day, the child was giving an unusual amount of incorrect answers," Dubose said.

The girl was later taken by helicopter to a Jackson hospital for treatment, where she died Saturday afternoon, Dubose said. Police said the toddler's injuries included bleeding in the brain and lungs, and possible retinal detachment. Police are awaiting autopsy results to determine a cause of death.

When investigators asked Salovich how hard he had hit the child, on a scale of 1 being a tap and 10 being as hard as he could, "he rated them all 10s, with no hesitation," Dubose said.

The Meridian Star reported that detectives Kevin Boyd and Thomas Abate testified that Bailey Salovich soiled herself and, after Joshua Salovich removed her clothing, she soiled herself again.

Dubose said Joshua Salovich and the mother, who has a different last name, said the mother was in a different room, explaining why she hasn't been charged. But Dubose said police are still investigating, including whether the mother knew about his punishment methods.

Dubose said police hadn't received any earlier reports about the child or the adults.

The Meridian Star reported that the mother, who cried with relatives through most of the preliminary hearing, collapsed after the hearing and was taken to a local hospital by ambulance.

Dubose said that in his decades of police work, it's unusual for someone to freely admit abusing a child as Joshua Salovich did.

"He was pretty straightforward about what he did and why he did it," Dubose said.

Follow Jeff Amy at: http://twitter.com/jeffamy . Read his work at https://www.apnews.com/search/Jeff_Amy .