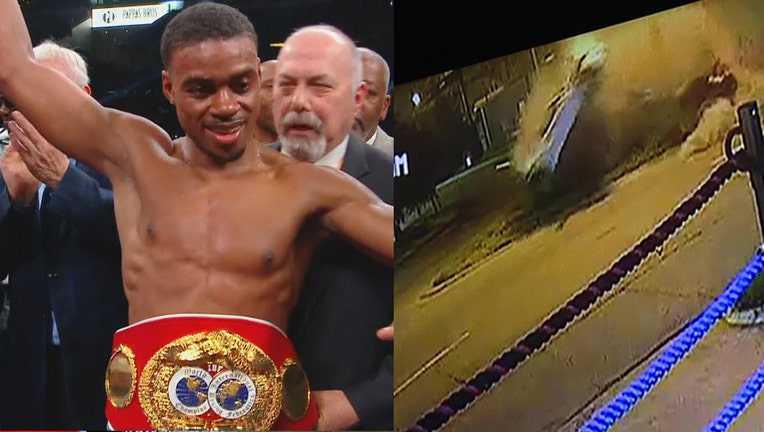 DALLAS - Boxing superstar Errol Spence Jr. has been charged with DWI after he crashed his Ferrari last week in Dallas.

A surveillance camera recorded the moment the accident happened.

Police say the welterweight world champion from DeSoto was not wearing a seatbelt when his open-top Ferrari hit a median near Downtown Dallas.

The sports car flipped several times and Spence was thrown out. Surprisingly, he did not break any bones and is expected to make a full recovery.

Dallas police say since it was a single-car accident and no one else was hurt, Spence Jr. will face any other charges.