PLANO, Texas - Botham Jean’s younger brother received an award Tuesday for showing compassion at the end of the trial of Botham's convicted murderer.

Botham Jean was shot and killed in his own apartment by former Dallas police officer Amber Guyger.

After Guyger was sentenced for the murder, Brandt asked Dallas County Judge Tammy Kemp if he could hug his brother’s killer in an act of forgiveness.

“I forgive you,” Brandt told Guyger. “And I know if you go to God and ask him, he will forgive you.”

Brant Jean will receive an award Tuesday during ILEA’s Contemporary Issues and Ethics Conference in Plano.

Brandt said on Tuesday that the attention his viral moment got has sometimes been overwhelming.

“After being found guilty by a jury of her peers and sentenced under the law, Ms. Guyger needed to be forgiven. And I needed to be free from the burden of unforgiveness,” he said. “I never intended for the statement I made to the person that murdered my brother to receive such international recognition. To be honest, I struggled with it for a long time."

“It was an act of forgiveness that was unimaginable. It was beautiful. It showed courage in the sense that he was being true to his values, being true to his principals and true to his beliefs,” said Gregory Smith, ILEA’s director. “If a man can forgive a person who took the life of his brother, who are we not to forgive those in our lives that have wronged us?”

Smith said Brandt’s actions showed him a lot about how his parents raised him. About 50 police officials from throughout Texas are attending the conference and were on hand for the award ceremony.

“We talked about this because we generally don’t give this award to non-law enforcement personnel,” Smith said. “But his act was just without words. And we decided to move forward with it and we ran it through our alumni association and everyone was on board with this.” 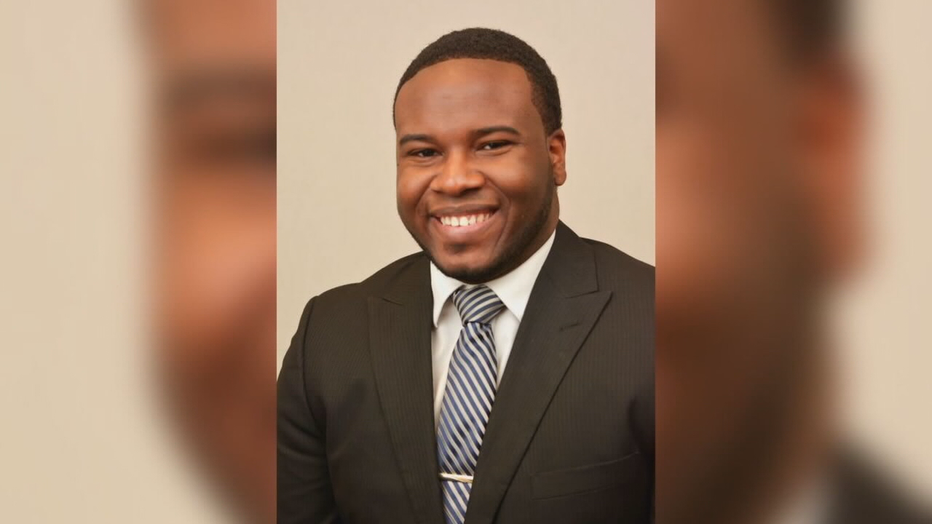 Just as Brandt had the courage to forgive his brother's killer, he showed courage once again in addressing a room full of law enforcement leaders and put attention on problems he saw in Amber Guyger's training and asked them to remember his brother.

“And when you remember him, I want you to think of what are you doing to ensure that there will be no other families like mine and no other little brothers that have to model ethical leadership and forgiveness to a cop whose lack of training and discipline caused them to carelessly take the life of another,” Brandt said.

Brandt urged them to take this as a learning lesson to take back to their own officers.

“We don't want this to happen again,” he said. “We want the training to be applied 24/7 because we citizens put our trust in those officers every day. We have cases of kids being actually scared of police officers. We don't want that. We want to just have faith in them. We want to be able to trust them at some point. As much as we are forgiving, we want things to be right and that's just all we ask."

Brandt received the award during ILEA’s Contemporary Issues and Ethics Conference in Plano. He was joined by his mother, father and sister who came from their home in St. Lucia.

“We have expressed as much patience, grace, mercy and forgiveness,” said Allison Jean, Botham’s mother. “But we're not seeing any reciprocity coming from the city.”

The Jean family went on to say since the trial they have not heard any updates on Dallas PD's internal investigation into how the shooting was handled.