Carter BloodCare said more than 90% of blood distributed in North Texas comes from them, but right now, there continues to be a critical shortage of blood and platelets.

The need for blood donations has been critical throughout the pandemic.

It's recently become so critical that some of the largest organizations that collect donations are making a national plea for help.

The American Red Cross sent out a statement this week claiming a "national blood crisis."

It’s had to limit how much blood it sends to hospitals, and said its blood supply is the lowest it has been in more than a decade. 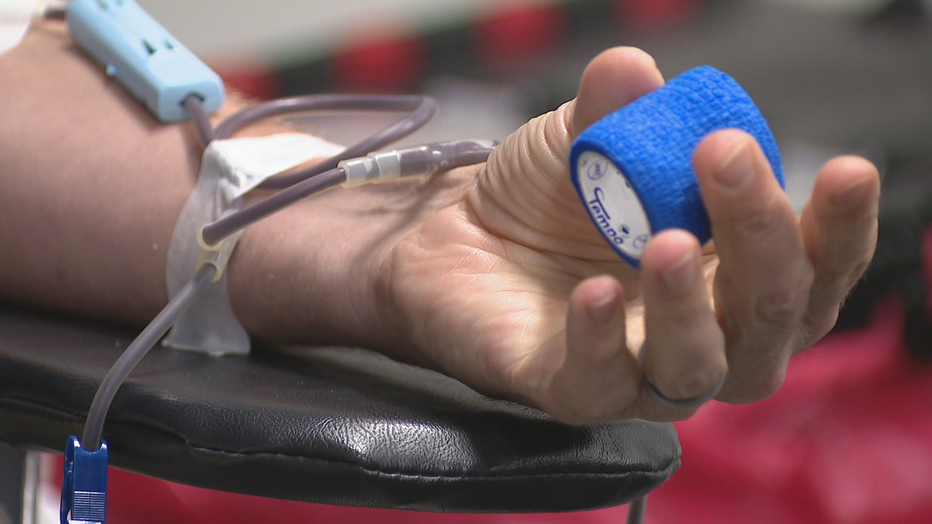 Tracy Smith is giving back to Carter BloodCare.

"It’s my turn to pay it forward," Smith said.

Carter BloodCare said more than 90% of blood distributed in North Texas comes from them, but right now, there continues to be a critical shortage of blood and platelets.

"I don’t want to sound melodramatic, but this is the worst it’s been," said Dr. Merlyn Sayers, president and CEO of Carter BloodCare. "The situation is really grim."

Sayers blames the pandemic, which caused the cancellation of many blood drives.

"Take schools, universities, for example, colleges. Usually staunch supporters of blood programs. With their closure, we lost all those donors," she explained.

"I did talk to one hospital, it was one off that delayed some surgeries for a couple hours until they could get more blood, but overall, we’re working through it," he said.

And this is happening everywhere.

The Association for the Advancement of Blood and Biotherapies, America’s Blood Centers, and the American Red Cross say blood centers across the country are reporting less than a one-day supply of certain blood types.

Carter said type-O blood is what it needs most, but it’s low for all types.

"If we look at the 250 hospitals in North/Central Texas, every single day, something like 600-800 patients need a transfusion and they can’t wait until there’s an adequate inventory,"

They said they need people to step up and take action.

"Somebody is in dire need of this," Smith said. "You go to help somebody you don’t even know."

Click here for information on how to donate blood through Carter Blood Care.