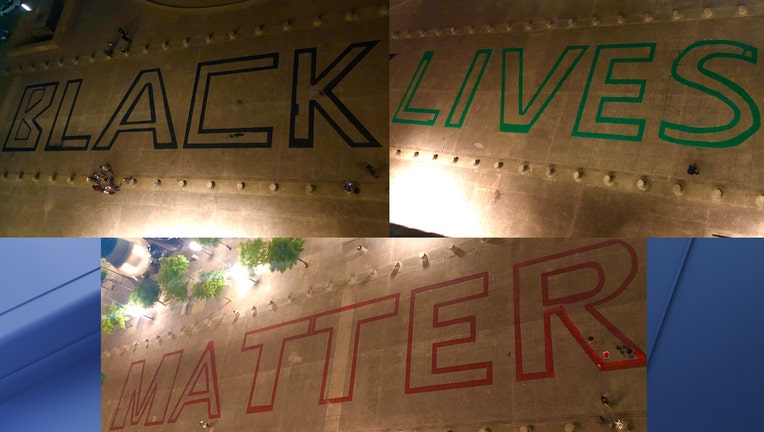 The artists were volunteers and worked Monday night into early Tuesday to paint the giant block letters using washable paint.

City officials approved the mural and several councilmembers helped Monday night to get the project started. The letters face toward the building, so city employees can see the message anytime they look out the window.

The mural comes as the death of George Floyd two weeks ago while in Minneapolis police custody continues to cause protests and calls for reform across the country.

In Dallas, the community police oversight board will meet Tuesday night for the first time since March. They will discuss the police protests in Dallas and actions of officers, among other issues.

The group has not been able to meet during the pandemic, even virtually, because of an emergency declaration that stopped advisory boards from meeting. That drew an outcry from activists and the board and the city manager agreed to let them meet via videoconference.

According to the meeting agenda, Chief Renee Hall has been invited to join the meeting.