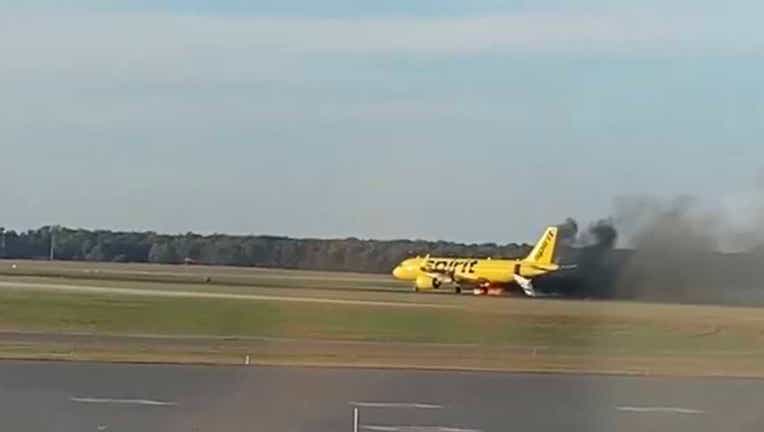 ATLANTIC CITY - A Spirit Airlines flight at Atlantic City Airport was aborted on Saturday after officials say a large bird struck one of its engines as the plane was accelerating for takeoff and sparked a fire.

Flight 3044 heading to Fort Lauderdale-Hollywood International Airport stopped before leaving the ground after a "large bird entered one of the planes engines," a Spirit Airlines spokesperson said.

The plane was brought to a stop and safely evacuated, according to officials. Two people were treated for minor injuries.

Over 100 passengers were bussed back to the terminal and received a full refund, a travel voucher and the option to board another flight to Fort Lauderdale.

The airport remained closed hours after the fire as officials from the Federal Aviation Administration (FAA) and National Transportation Safety Board investigated the apparent accident.