Bill and Melinda Gates announce they are ending marriage

The Microsoft co-founder and his wife, who launched the world’s largest charitable foundation, said they would continue to work together at the Bill & Melinda Gates Foundation.

Bill Gates and Melinda Gates announced Monday they are getting a divorce after 27 years of marriage.

The multi-billionaire and co-founder of Microsoft made the announcement on Twitter, saying he and Melinda will continue to work together at the Bill & Melinda Gates Foundation, which is the world’s largest charitable foundation.

"We have raised three incredible children and built a foundation that works all over the world to enable all people to lead healthy, productive lives," Bill wrote. "We continue to share a believe in that mission and will continue to work together at the foundation, but we no longer believe we can grow together as a couple in this next phase of our lives."

"We ask for space and privacy for our family as we begin to navigate this new life," he continued.

Bill, formerly the world’s richest person, became one of the world’s leading philanthropists since stepping down as Microsoft CEO. 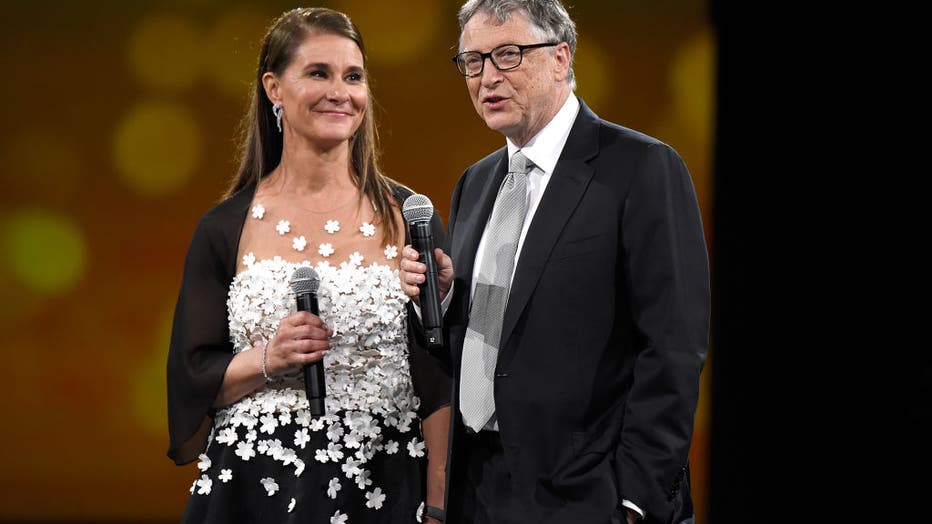 NEW YORK, NY - MAY 14: Melinda Gates and Bill Gates speak on stage during The Robin Hood Foundation's 2018 benefit at Jacob Javitz Center on May 14, 2018 in New York City. (Photo by Kevin Mazur/Getty Images for Robin Hood)

He and Melinda founded their nonprofit foundation in 2000, the year Bill stepped down, and have since donated nearly $60 billion toward reforms for education and the environment, including more than $2 billion as of late to fight the spread of COVID-19.

Their foundation was formed by transferring $20 billion of Microsoft stock, the website said.

Bill transitioned out of a day-to-day role at Microsoft in 2008 and served as chairman of the board until 2014. Last year, he committed to his philanthropic goals even further when he stepped down from his role on the company’s board.

Melinda serves as co-chair to the foundation and helps shape and approve the foundation’s strategies, reviews results, and sets the organization’s overall direction, the website said.

She also tweeted out an identical statement sharing the news.