A special election for the Texas Senate on Tuesday is attracting a lot of money and publicity.

A special election for the Texas Senate on Tuesday is attracting a lot of money and publicity.

Six candidates are competing for the District 30 seat in North Texas, with an activist hairdresser getting much of the attention. Voters went to the polls in an emergency special election to replace State Senator Pat Fallon who resigned his seat to run for Congress.

Five Republicans and one Democratic candidate are vying for the seat.

But observers are really watching the battle between two Republicans: Drew Springer, a current state representative for part of that senate district, and Shelley Luther, the Dallas salon owner who came to national attention after being jailed over reopening her business during the press of the pandemic.

The district includes all or part of 14 counties mostly rural but also parts of Denton and Collin.

Luther's campaign is funded by conservatives who have been critics of Gov. Abbott.

“This has kind of boiled down to a proxy race between Tim Dunn, the gazillionaire oilman out in West Texas, and the governor,” Minchillo said.

Springer raised about $700,000 of his own, with big donations from Abbott's backers. Others in the race are spending more than $600,000 on this race. 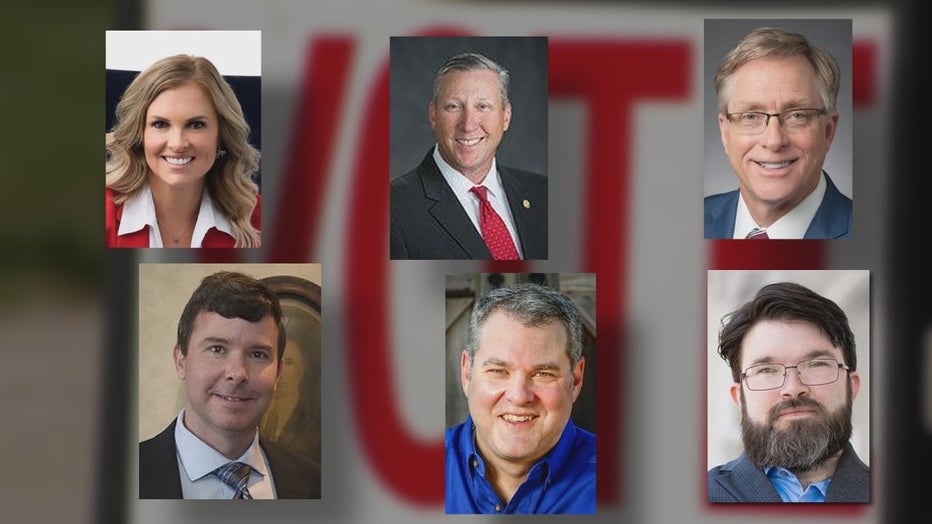 The race will reveal who Republican voters prefer – the establishment or the insurgent.

“I think they should prefer Drew Springer because he's part of the team, he'll work with the Republican majority in the senate. Shelley Luther is directly at odds with Gov. Abbott,” said Cal Jillson, SMU political science professor.

The other three Republicans in the race are former Denton Mayor Chris Watts, Craig Carter and Andy Hopper. Jacob Minter is the lone democrat.

While the district has been Republican, local Democrats claim they are hopeful.

“We've seen changing demographics that impact a lot of races, but for us we feel like SD 30 is the next one we will be able to compete in and be successful in,” said Ira Bershad, Denton Together Democratic Political Action Committee.

With so many running and special elections generally having small turnout, it may be difficult for any candidate to get more than 50 percent to avoid a runoff.

Any potential runoff election date would be set by Gov. Abbott.