The U.S. Supreme Court has blocked the enforcement of a COVID-19 vaccine mandate that would require employees at large companies to be vaccinated or undergo weekly testing. While not allowing large businesses to have a vaccine mandate, the court did allow a vaccine mandate for most health care workers in the U.S.

WASHINGTON - President Joe Biden appealed to many U.S. companies to require COVID-19 vaccinations or regular testing for workers after the U.S. Supreme Court blocked his administration’s mandate for businesses with at least 100 employees.

The response from larger corporations and labor groups was somewhat mixed, with Target saying it wanted to review the decision and "how it will impact our team and business."

The Supreme Court on Thursday stopped the White House’s push for large businesses, intended to boost the nation's COVID-19 vaccination rate amid a spike in cases fueled by the highly-transmissible omicron variant. The high court's conservative majority concluded the administration overstepped its authority by seeking to impose the Occupational Safety and Health Administration's vaccine-or-test rule, which would have impacted more than 80 million people.

At the same time, the Supreme Court let stand a vaccination requirement for most health care workers.

The White House issued a statement after the ruling which argued that nothing in federal law prevents private businesses from imposing their own vaccine requirements.

"The Court has ruled that my administration cannot use the authority granted to it by Congress to require this measure, but that does not stop me from using my voice as President to advocate for employers to do the right thing to protect Americans’ health and economy," Biden said in the statement.

"I call on business leaders to immediately join those who have already stepped up – including one-third of Fortune 100 companies – and institute vaccination requirements to protect their workers, customers, and communities," he added. 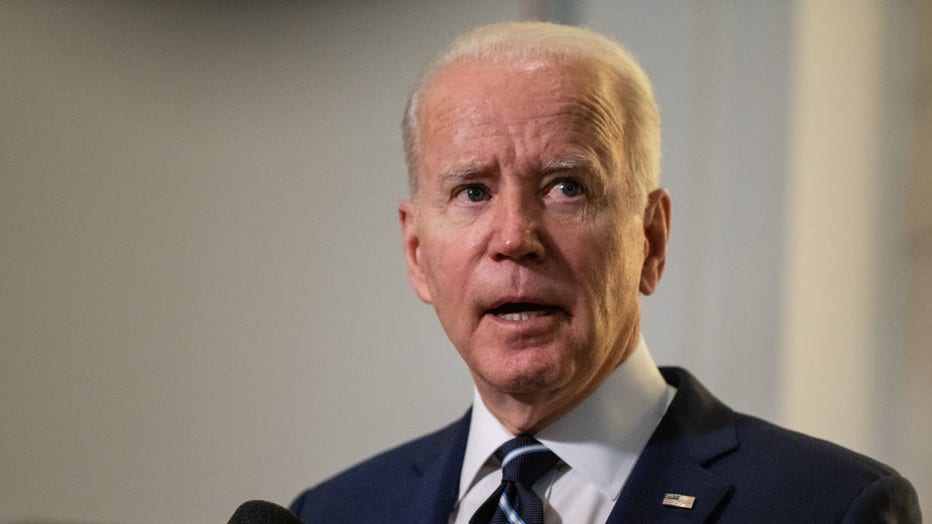 Companies could run into state bans on vaccine mandates in Republican-controlled states. And relatively few businesses enacted their own rules ahead of the OSHA requirement, raising doubt that there will be a rush for them now.

The president said he was "disappointed" that the court blocked "common-sense life-saving requirements for employees at large businesses that were grounded squarely in both science and the law."

"This emergency standard allowed employers to require vaccinations or to permit workers to refuse to be vaccinated, so long as they were tested once a week and wore a mask at work: a very modest burden," Biden said in the statement.

U.S. Labor Secretary Marty Walsh said in a separate statement that the court’s ruling is "a major setback to the health and safety of workers" and that OSHA would be evaluating its options t"o ensure workers are protected from this deadly virus."

The National Retail Federation, the nation’s largest retail trade organization and one of the groups that challenged the OSHA action, called the court’s decision "a significant victory for employers." It complained that OSHA acted without first allowing public comments, although administration officials met with many business and labor groups before issuing the rule.

Chris Spear, the president of the American Trucking Associations, another of the groups that fought the OSHA rule, said it "would interfere with individuals’ private health care decisions."

Karen Harned, an official with the National Federation of Independent Business, said that as small businesses try to recover from nearly two years of the pandemic, "the last thing they need is a mandate that would cause more business challenges."

"We continue to believe that employers know best how to manage their workplaces, and keep employees and customers safe," Doug Loon, the Minnesota Chamber's chief executive, said in an email to FOX 9 Minneapolis.

Biden administration officials believe that even though the OSHA rule has been blocked, it drove millions of people to get vaccinated and therefore prevented "a higher death toll from COVID-19 and even more hospitalizations." But companies that used mandates to achieve relatively high vaccination rates may decide that they have accomplished enough.

Ford Motor Co. said it was "encouraged by the 88% of U.S. salaried employees who are already vaccinated." The carmaker said it would review the court decision to see if it needs to change a requirement that most U.S. salaried workers get the shots.

Labor advocates were dismayed by the ruling.

"This decision will have no impact on most professional and white-collar workers, but it will endanger millions of frontline workers who risk their lives daily and who are least able to protect themselves," said David Michaels, who led OSHA during the Obama administration and now teaches at the George Washington University’s School of Public Health.

For their part, labor unions had been divided all along about Biden's attempt to create a vaccine mandate, with many nurses and teachers groups in favor, but many police and fire unions opposed. Some unions wanted the right to bargain over the issue with companies.

The United Auto Workers, which encourages workers to get vaccinated, said the decision won't change safety protocols such as face masks, temperature checks and distancing when possible for more than 150,000 union members at General Motors, Ford and Stellantis factories.

The Service Employees International Union, which represents more than 2 million service industry workers, said the Supreme Court’s decision is a relief for health care workers but leaves others without critical protections.

"In blocking the vaccine-or-test rule for large employers, the court has placed millions of other essential workers further at risk, caving to corporations that are trying to rig the rules against workers permanently," the union said.

The United Food and Commercial Workers International Union, the largest union for grocery workers and meatpacking plants, said that the Supreme Court decision fails to recognize the "extreme health risks" America’s front-line food and retail workers face on the job.

"Frontline workers need to be protected and this decision needlessly ignores that there was a better way to address this issue without negating this mandate," said Marc Perrone, president of the UFCW International in a statement.