President Biden and Vice President Harris lay a wreath at the Tomb of the Unknown Soldier at Arlington National Cemetery on Inauguration Day. 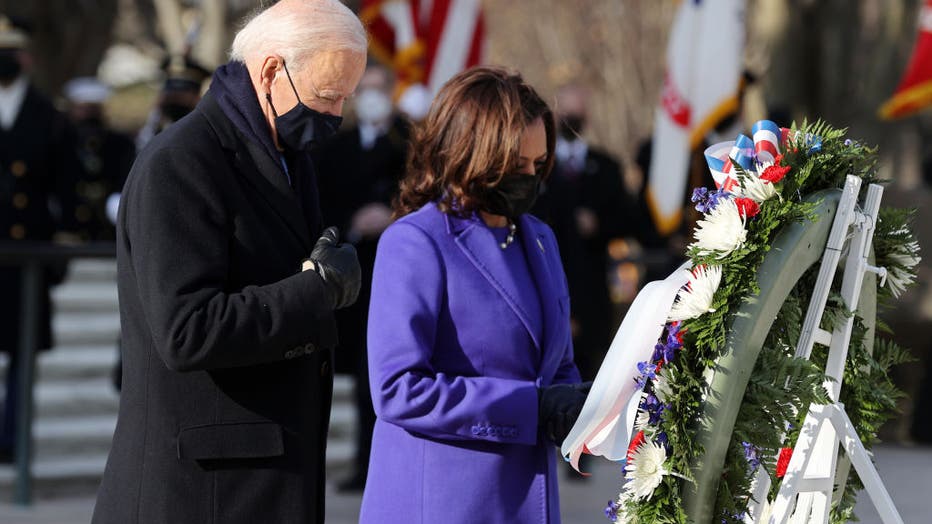 The monument’s history dates back to 1921, when Congress approved the burial of an unidentified American soldier from World War I in the plaza of Arlington National Cemetery's new Memorial Amphitheater.

The WWI "Unknown" arrived in Washington, D.C. in November of that year and lay in state at the Capitol Rotunda — with thousands of visitors lining up to pay their respects, according to Arlington National Cemetery's website.

READ MORE: 'Band of brothers': Guards keep eternal watch over Tomb of the Unknowns for those who made ultimate sacrifice