Gov. Abbott just told local governments they can do little or nothing to restrict Texans, despite the surge in COVID-19 cases. Meanwhile, the Biden administration is threatening legal action over another of the governor's orders.

This week, the governor ordered state troopers to pull over vehicles suspected of carrying undocumented migrants.

Abbott said his order is meant to help stop the spread of COVID-19. The Biden Administration called it "dangerous and unlawful."

Critics have said there is no way Abbott’s order can be enforced without racial profiling.

U.S. Attorney General Merrick Garland said Thursday it violates federal law and that the U.S. Justice Department would take action if Abbott does not undo it. On Friday afternoon, it did.

In the lawsuit, the DOJ argues the Texas executive order "causes injury to the United States and to individuals whom the United States is charged to protect, jeopardizing the health and safety of noncitizens in federal custody, risking the safety of federal law enforcement personnel and their families, and exacerbating the spread of Covid-19 in our communities."

The White House also pushed back on claims that migrants are spreading COVID-19.

"CBP provides a migrant with PPE from the moment they are taken into custody. And migrants are required to keep masks on at all times, including when they are transferred or in the process of being released. If anyone exhibits signs of illness in CBP custody, they are referred to local health systems for appropriate testing, diagnosis, isolation and treatment," said White House Press Secretary Karine Jean-Pierre.

Abbott argued COVID-19 cases are in fact rising among migrants and blamed the Biden Administration, saying it does not understand what is happening at the southern border.

"Until President Biden and his Administration do their jobs to enforce the laws of our nation and protect Americans, the State of Texas will continue to step up to protect our communities and uphold the rule of law," Abbott said in a statement after the lawsuit was filed. 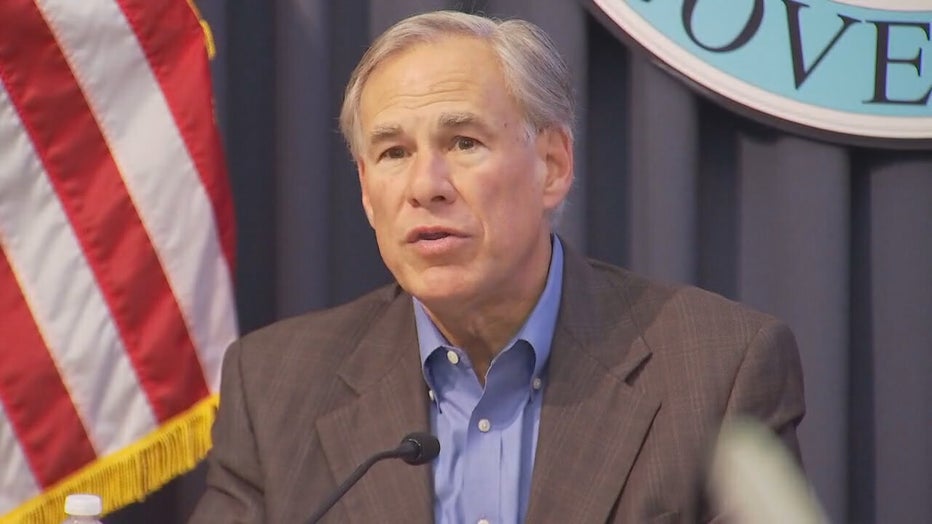 Gov. Abbott issued another executive order related to the pandemic Thursday, but it takes a different approach, warning local governments not to add new restrictions on businesses.

The new order consolidates some of his previous orders and threatens to fine cities and counties up to $1,000 if they try to require masks or vaccines. It applies to schools, as well as public and private entities that get funding from the state.

Even with the delta variant driving another spike in cases, the governor said it’s up to Texans and not the government to keep people safe.

"Texans have mastered the safe practices that help to prevent and avoid the spread of COVID-19," he said in a statement. "They have the individual right and responsibility to decide for themselves and their children whether they will wear masks, open their businesses, and engage in leisure activities. Vaccines, which remain in abundant supply, are the most effective defense against the virus, and they will always remain voluntary – never forced – in the State of Texas."

Dallas County Judge Clay Jenkins is among the people criticizing the move, calling it purely political.

"The governor’s order is based on polling data of what Republican primary voters want to hear; conversely the Centers for Disease Control and Prevention recommendations are based on the most recent data regarding the much more contagious delta variant and what scientists and medical professionals have learned thus far to combat the spread and harm of COVID," Jenkins said in a statement.

The order will keep some hospitals that receive state funding from mandating employees get vaccinated.

Private businesses can still decide for themselves to limit capacity or require masks indoors.