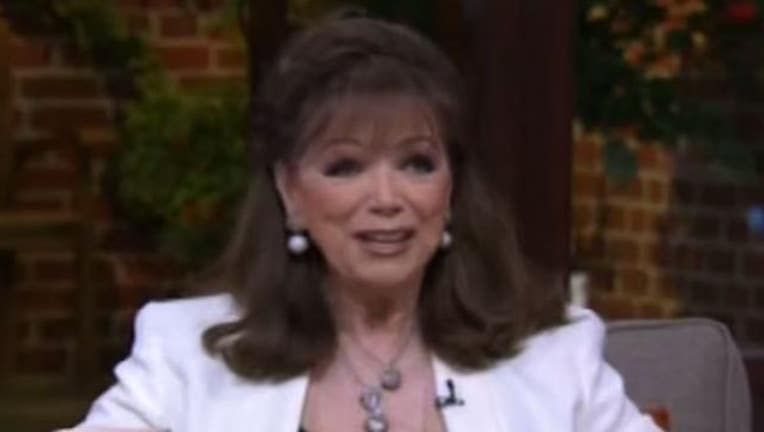 LOS ANGELES, CA (AP/FOX 11) - Jackie Collins, the bestselling author of dozens of novels including "Hollywood Wives" that dramatized the lives of the rich and treacherous, has died.

Publicist Melody Korenbrot says Collins died of breast cancer on Saturday in Los Angeles. She was 77.

Collins' family said in a statement that she was a true inspiration, a trailblazer for women in fiction and a creative force who entertained millions of readers for over four decades.

Her death was first reported by People magazine.

She appeared on Good Day LA jack in April of 2014, where she talked about her books, "Confessions of a Wild Child" and "The Lucky Santangelo Cookbook". Here's her interview: