A police officer has a broken arm and a suspect was shot in the leg after a short police chase in northeast Tarrant County.

BEDFORD, Texas - A police officer in Bedford shot a man at the end of a short chase early Wednesday morning.

Bedford police said it all started around 2 a.m. as an officer tried to make a traffic stop. The driver kept going until for a few minutes until he hit a curb and wrecked out near Circle Lane and Annette Drive.

The driver got out of the car and took off running. Police said the officer ordered him to stop but instead he motioned that he had a gun and indicated he would hurt the officer.

“When he wrecked out, he exited the vehicle, ignored officers' commands to stop, approached the officer, put his right hand behind his back, indicated that he had a weapon and that he was intending to use it if the officer did not use his. The officer retreated about 15 yards before ultimately firing on the suspect,” said Sgt. Ty Stillman with the Bedford Police Department.

After being shot in the leg, police said the suspect tried to continue running. He was quickly taken down. 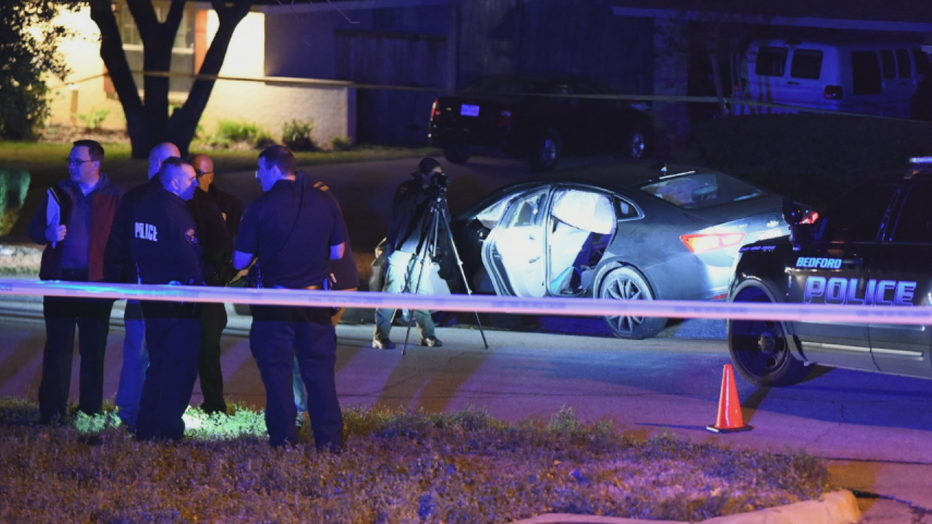 He was taken to the hospital with non-life-threatening injuries. Once he is released, he will be charged with evading arrest.

“When the officer’s retreating, he’s backing up, that’s at night time. You’re negotiating the road and the footsteps and, of course, someone’s charging at you. So multiple indicators happened as to where that round goes,” Sgt. Ty Stillman said. “Of course, we’re happy that no loss of life occurred today.”

The officer was also taken to the hospital after breaking his arm during the scuffle.

"From what I understand the officer is in really good spirits, has a really good attitude, understands his job and is dealing with the injury that he has,” Stillman said.

The officer will be placed on routine administrative leave while the shooting is investigated.