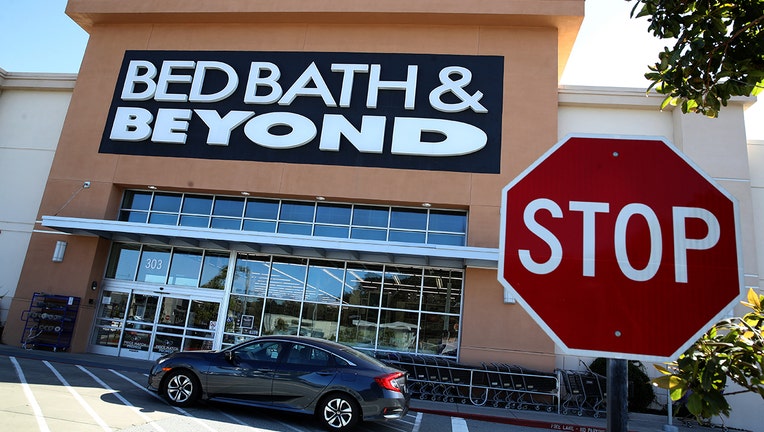 FILE: A view of a Bed Bath and Beyond store on October 03, 2019 in Daly City, California. (Photo by Justin Sullivan/Getty Images)

Bed Bath & Beyond will open its doors on Thanksgiving for the first time.

The home goods retailer, which operates more than 1,500 stores, will start its Black Friday sale a day early. According to a press release, it will be offering a 25 percent discount off entire purchases made in-store on Thursday, Nov. 28 from 5 p.m. to midnight and on Black Friday before noon, local time.

"Bed Bath & Beyond is thrilled to provide our customers the lowest prices of the season and new ways to shop with us throughout November," the company said in the release. "We want to make this time of year as easy as possible for our customers to shop and save on brands they love, both online and in-store."

Bed Bath and Beyond joins the ranks of major retail players Best Buy, J.C. Penney, Kohl’s and others open for business on Thanksgiving Day. Other retailers including IKEA, Nordstrom and Crate and Barrel continue to hold out, but the holiday is becoming increasingly involved in the ever-expanding annual shopping rush.

Online spending on Thanksgiving reached $3.7 billion in 2018, according to Practical eCommerce. It's a year-over-year spike of nearly 28 percent – the highest growth rate since 2014.

RELATED: Baby defies doctors by waking up after 5-day coma, smiles at daddy

The incentivization of in-store Thanksgiving shopping comes against the grain of recent consumer trends. RetailNext’s measurements of more than 425 retailers say brick-and-mortar sales on Thanksgiving and Black Friday decreased by up to seven percent last year, as more consumers switch to shopping online.

The company’s stock jumped roughly five percent following the Nov. 1 announcement and is up close to 28 percent on the year at the time of publication.

Get updates at FoxBusiness.com